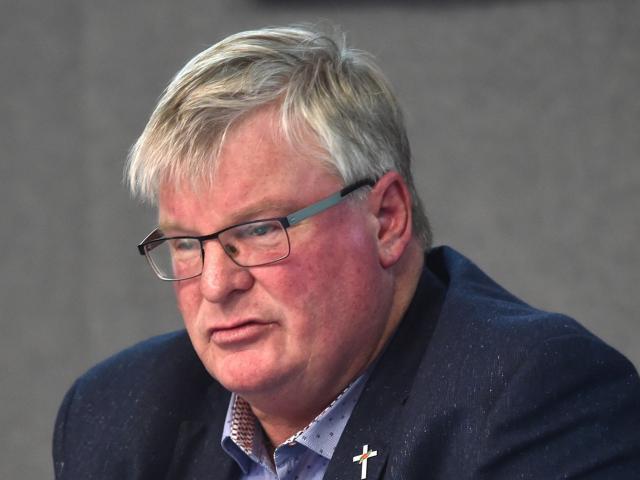 Some kind of potential reciprocal land arrangement could be part of the mix. The DCC has some interest in a larger area of land bought by the ORC about 10 years ago, near the harbour, in the Birch St-Kitchener St area.

This purchase was made as part of an earlier ORC head office initiative, that was not taken further.

Regional council chief executive Peter Bodeker told an ORC council meeting yesterday that a heads of agreement had been signed this week between the regional and city councils over the new head office initiative.

Speaking after the meeting, Mr Bodeker said he welcomed the agreement, in which the two councils agreed to work through issues of mutual benefit, including the land near the harbour, and the Dowling St site.

There had already been ''very high level meetings'' and further dialogue was planned.

He said the harbour site was larger than the car parking site, and he would not use the term ''land swap'' to describe any future arrangements.

The head office project would be referred back to regional councillors midyear for further, more detailed consideration, and planned public consultation over the project would happen later this year, he said.

In an Otago Daily Times report last July, the manager of the nearby Les Mills club, Peter Lee, said if part of the car park was redeveloped, adding a multi-storeyed car parking building on site would be ''critical'' for the area's future.

Mr Lee said at that stage he was ''not opposed'' to the ORC establishing its head office in part of the car parking site, and it would ''certainly bring benefits to the area''.

But the planned office would take up about a third of the car parks, and establishing the new car parking building would be vital for the gym, which had been operating for more than 35 years, he said.

The ORC hopes to establish, by March 2019, a three-level 3000sqm head office building with vehicle parking.

Asked if a new car parking building could mean a ''win-win'' outcome for the ORC and the community, Mr Bodeker said that could well be the case, and the new agreement mentioned the possibility of such a building.

A joint venture between the two councils over the car parking building was a possibility, but more dialogue would take place. Its height would have to be broadly similar to those of other buildings in the area, which could mean a three or four storey building, he acknowledged.