Otago research could be life-saver 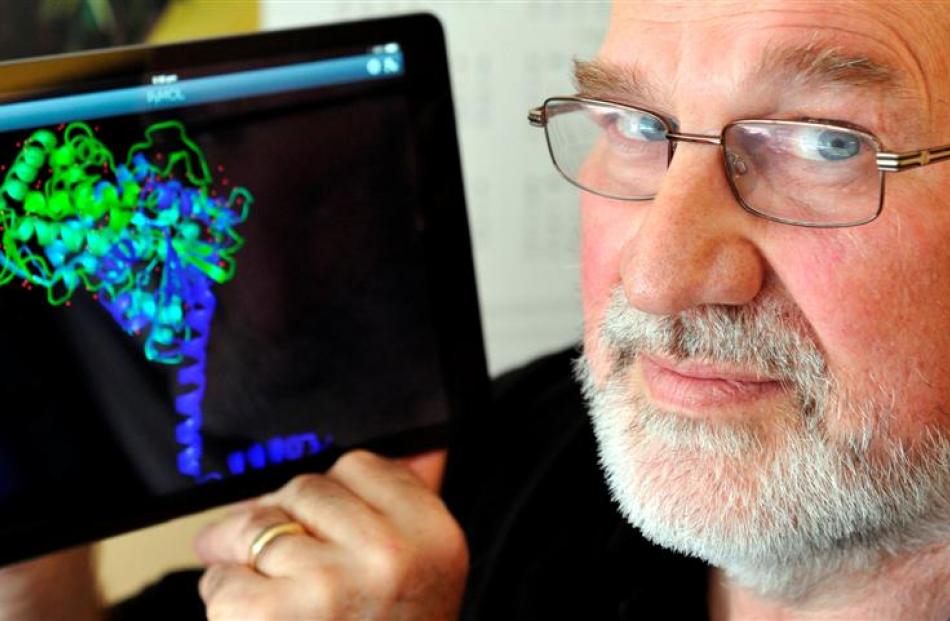 The University of Otago's Dr Brian Monk shows the structure of a cell membrane protein, which is a target for anti-fungal drugs. Photo by Craig Baxter.

A University of Otago research breakthrough could lead to the creation of new ''life-saving'' anti-fungal drugs.

The Sir John Walsh Research Institute research, led by Dr Brian Monk, and working with colleagues at the University of California San Francisco, discovered the structure of a key cell membrane protein, which allows fungus to grow.

Knowing the structure of the protein, which was also involved in growing resistance to anti-fungal drugs worldwide, could result in ''better targeted'' drugs that ''hopefully give the organism no chance of surviving''.

This was significant as 1.4 million people died annually due to fungal infections made worse by co-infections with tuberculosis and Aids or by medically induced immune deficiency.

''This is a huge area that really needs to be worked on, because the drugs we have are not particularly effective.

''If you get a systemic fungal infection, that's one that spreads throughout your body and gets to your organs, your chances of surviving it are around about 50% or 60%.''

Having drugs that more effectively targeted the fungal protein molecule also meant it could take longer for organisms to develop resistance.

Dr Monk's research team was now searching for drugs to take advantage of the discovery.

''What we would like to have is really cheap simple drugs that will have a long life.

''That is rather than having resistance occur after a few years, maybe they might last 50 or 100 years,'' he said.

Prof Cook and his colleagues published the structure of a membrane protein essential for bacteria to generate energy, a finding which opened the way to developing new classes of antimicrobial drugs.

The importance of both discoveries was highlighted by the fact less than 0.5% of protein structures so far determined worldwide were for membrane proteins.