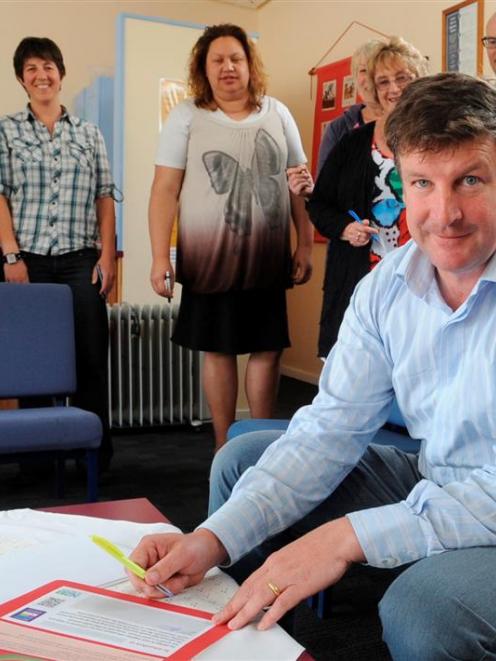 They were among an estimated 28,000 teachers and principals nationwide who also signed the pledge to fight the Government's global education reform movement (GERM).

New Zealand Educational Institute Dunedin field officer Murray Smeaton said teachers were ''very angry'' the Government seemed to be ignoring research from around the world which consistently showed the reform agenda was flawed and would ''doom a generation of our children to poorer quality education''.

NZEI primary teacher leaders Otago convener Lee Phillips said the Government wanted to bring in reforms based on business models that would cut investment in teaching and learning, increase competition and increase inequity in the school system.

''The GERM focuses on competition and privatisation in schooling under the guise of bringing in more choice and accountability.

Mr. Phillips said a system based on equity, teacher professionalism, collaborative practice and trust-based responsibility, such as in Finland, proved these techniques worked. Finland's education system ranked among the highest in the world.

Mr Smeaton said the union had been negotiating with the Ministry of Education about the issue as part of their new Collective Agreement, but no progress appeared to have been made.

Primary teachers passed a resolution at a meeting in the Regent Theatre last month, to send a clear message to the Minister of Education if no substantial progress had been made.

Mr. Phillips said about 7000 pledges had already been signed and would be delivered to Parliament this week.