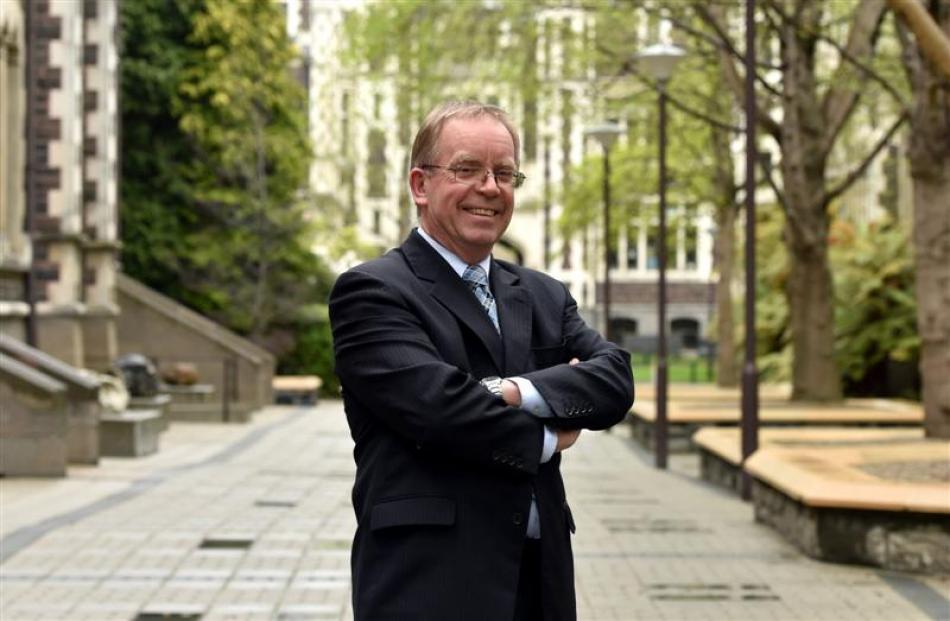 ''It's called old age,'' John Patrick jokes when referring to his impending retirement.

Mr Patrick (65) has served as the University of Otago's chief operating officer for the past decade, and as its chief financial officer for 14 years before that. He will retire in April.

The university had expanded exponentially since he started there in 1991, he said.

''When I started here, the university revenue was about $151million. It's now $630million. The value of the university's assets way back then was $229million. Today, it's $1.6billion.

The university's present financial crunch, mostly attributed to low student numbers, was not its first, and probably would not be its last.

''This period coincides with the global financial crisis, so you can expect that people's budgets get tighter and things get a little bit more difficult. It's fairly normal,'' he said.

''Businesses go in cycles, and this business is no different.''

During his tenure, tuition fees have risen as New Zealand shifted from a mostly-government-funded model of education to a user-pays model.

The change had ''put students and families under pressure'', he said.

And it had put universities under pressure, too.

''I think universities have probably had to change the way they think about students,'' he said.

''There's quite a lot of competition for students now that there wasn't ... 25 years ago.

''The quality of teaching and research has to be excellent.''

Mr Patrick said he was not sure how he would be taking advantage of his retirement.

But, on second thoughts, he did.

The University of Otago has advertised Mr Patrick's position.