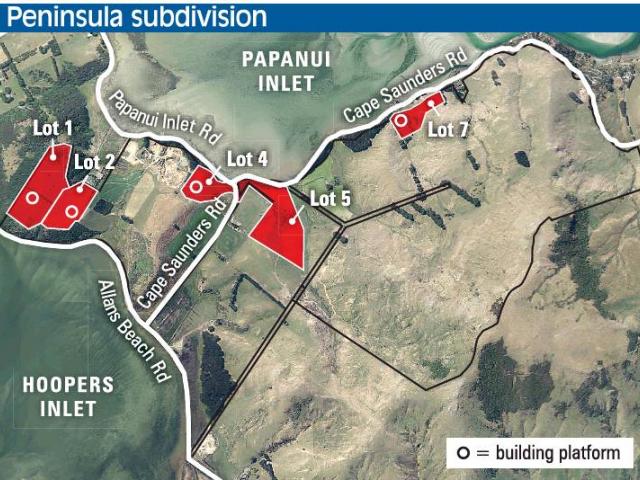 The developer of a subdivision on an Otago Peninsula isthmus has halved the number of houses planned for the site, surprising opponents ready to argue against the plan.

Peninsula Holdings Trust came to a resource consent hearing in Dunedin yesterday with a proposal that reduced the number of houses in the outstanding natural landscape area from eight to four.

Landowner Steven Clearwater told the hearing he had recently signed a conditional sale agreement for some of the land involved to nearby farmer.

Plans for a covenanted area of wetland and a public walking track were withdrawn, after the buyer of the land made it ''very clear'' they were not to be offered.

The change led hearing commissioner Colin Weatherall to adjourn the meeting after the trust made its submissions, allowing opponents time overnight to modify theirs. 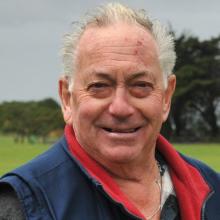 The trust originally applied to the Dunedin City Council to subdivide the rural zoned land at 78 Cape Saunders Rd.

The land has a capital value of almost $1.9 million.

The plan was to create 10 new sites of between 2ha and 194ha on the land between Hoopers Inlet and Papanui Inlet, and on the northern slopes of Mt Charles.

Those opponents of the plan at the hearing called for an adjournment so they could take in the changes.

Papanui Hoopers Community and Environment Protection Group spokesman Alister Robinson said the changes had merit, but the late change put him, and the applicant, at a disadvantage.

Mr Weatherall said applications could be legally reduced, but not increased, before a hearing.

He indicated he might adjourn the hearing after the applicant's submissions, to let submitters consider the changes.

Council planner Lianne Darby began proceedings, and said the new proposal would have an adverse effect on transport, and possibly geotechnical issues.

The new proposal would reduce the effects of the former proposal, but would still create precedent issues for the district plan, and she still recommended the application be declined.

In his submission, trust solicitor Phil Page said four lots from the original proposal had been deleted.

About 19ha in Cape Saunders Rd was being sold.

Mr Page said there would be a covenant on future residential development over the balance of the farm, apart from on the area being sold.

Mr Clearwater said his farm had always been a ''marginal operation'' with a quarry on the land an important part of the business.

''What they are effectively saying is that others should not have the same opportunity that they have been given to live in this landscape without the bother of having to manage a proper farm.''

The four houses could be integrated into the environment.

Mr Moore said positive effects were regeneration of native bush and other planting.

Cubitt Consulting's Allan Cubitt said there was already a concentration of dwellings around Papanui Inlet.

''I think what's proposed here will integrate better with Papanui.''

He said the development would not set an undesirable precedent, as it maintained density standards in the rural zone while protecting the most dramatic parts of the property's landscape.

''It achieves the policy outcomes sought by the plan via an alternative method.''

Council landscape architect Barry Knox said the loss of the wetland covenant was unfortunate, as was the loss of access to Mt Charles.

However, the new application was ''much more positive'' in terms of landscape effects, though compliance in future was a key issue.

He agreed the Papanui side of the land was better for homes, as it already had them, and he was pleased they would not be as visible from the Hoopers Inlet side, which was less developed.

Mr Weatherall adjourned the hearing until this morning.

Having returned from living overseas for many year, I have never seen a council any where like the DCC which is hell bent on stopping any growth or development in this city, Could Council planner Lianne Darby, explain what advere effect on transport, 4 houses would have, and what does she mean "transport", is riding a horse transport ? the roads get used more by tourist and tourist operators than locals. The DCC wants Dunedin to stay a small one horse town and have no growth unless they have a personal interest in it, didn't the Mayor have land he owned subdivided recently, ? it's OK for him, but not anyone else it seems, talk about double standards.