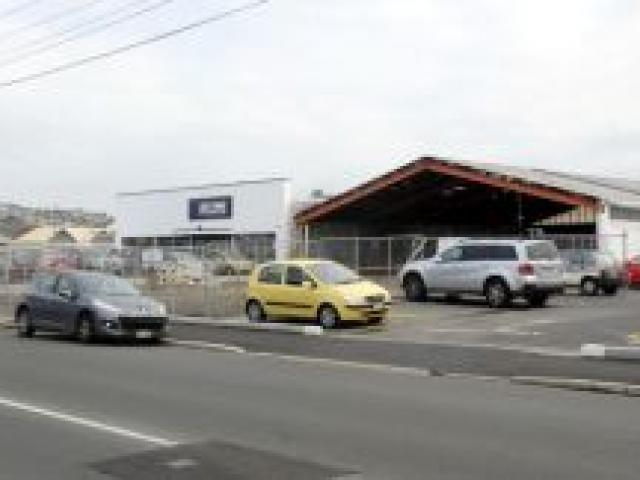 The proposal, to be considered by the Dunedin City Council's hearings committee later this week, is to convert existing buildings at 86 Macandrew Rd into an office and retail shop.

The office would be used by health and support service provider Access Homehealth, providing space for up to 15 staff.

Council senior planner Kirstyn Lindsay, in a report to the committee, has recommended consent be granted, despite being a non-complying activity on land zoned for industrial use.

However, the proposal to convert part of the same site into a new retail development - a community shop for St John - has run into opposition, with Ms Lindsay recommending consent be declined.

That was because allowing a retail outlet on industrial land risked creating an ''undesirable precedent'' that could undermine the district plan by damaging the city's local activity zones, she said.

There were other vacant shops available in South Dunedin's nearby local activity zone, which lacked only the parking that was available at the proposed Macandrew Rd site.

''The approval of such a proposal could add to the erosion of traditional retail hubs within the city as businesses seek tenancies with exclusive parking outside of the city centres.''

The committee needed to avoid mistakes where possible, as Dunedin's low growth meant they would otherwise have to be ''tolerated and endured for many years to come'', she said.

The St John store would be open six days a week, catering for up to 50 customers a day, with three staff selling donated second-hand goods.

Proceeds would be used to fund ''essential health services'' in Dunedin, her report said.

Both developments would be on industrial land, so neither complied with Dunedin district plan rules.

Ms Lindsay said it was ''laudable'' both proposals would make use of existing buildings, which were in the process of being refurbished.

However, the proposed shop would be new to the city, meaning a loss of industrial land would result, her report said.

''I consider the relocation of the commercial office from the Fryatt Street site to be a positive one . . . I labour to see a similar positive effect for the retail aspect of the proposal.''

The planner's recommendation would be among factors considered by the hearings committee - chairman Cr Andrew Noone and Crs David Benson-Pope and Lee Vandervis - when it met on Thursday.

That proposal, which has attracted more support than opposition, is still being considered, with an adjourned hearing set to resume later this month.