Two passers-by helped a woman and her daughter to safety as fire consumed their restaurant in Kaikorai Valley, Dunedin, last night.

The fire at the Satay Station restaurant in Kaikorai Valley Rd ripped through the two-storey building about 6.20pm, leaving one woman with burns to her hands and the restaurant extensively damaged.

Sean Anderson and Hillary Hewitt said they were driving past when they saw smoke billowing from the restaurant's windows.

The couple pulled over just as the two occupants - a mother, believed to be the owner, and her daughter - emerged from the burning building. 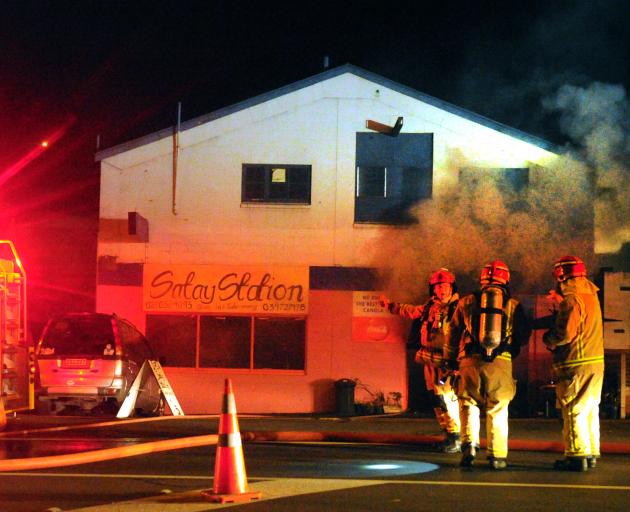 Smoke billows from the Satay Station restaurant in Kaikorai Valley Rd in Dunedin last night as fire rips through the two-storey building. Photo: Christine O'Connor
As Ms Hewitt rang emergency services, Mr Anderson went around the side of the building to a window where flames were bursting out.

''There was a guy around there with a hose, spraying water in,'' he said.

Mr Anderson saw gas bottles on the side of the building, so directed the other man to spray them while he turned them off.

They then came back to the front of the building, where Mr Anderson said he closed the front door ''trying to stop the air flow from coming in''.

The woman and daughter were by then safely out of the building, and being comforted on the side of the road while ''in tears and shock'', he said.

Ms Hewitt said she and other passers-by brought blankets and water from a nearby shop to treat the burns to the woman's hands. 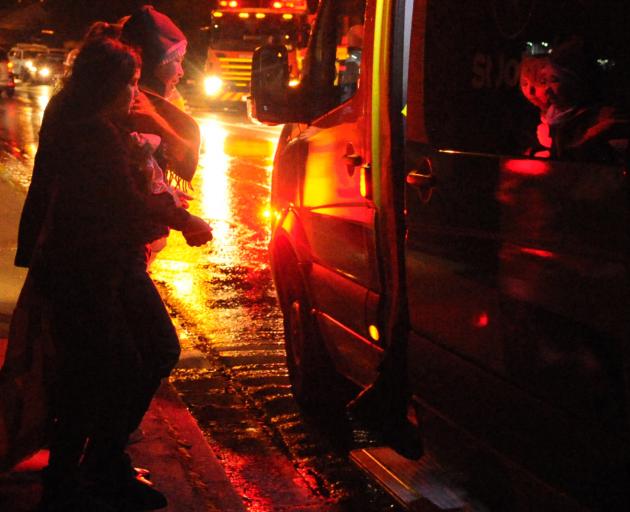 The mother and daughter inside the restaurant when the fire began are helped to a St John ambulance.
''We were pouring water all over them with help from some lovely ladies, who brought blankets as well.

Neighbours at the scene believed the restaurant had been owned by the woman for about two years, but had only recently been renovated before reopening about six or eight weeks ago.

One neighbour who lived next door to the restaurant said he noticed the fire only after smoke from the restaurant triggered a fire alarm inside his own home. 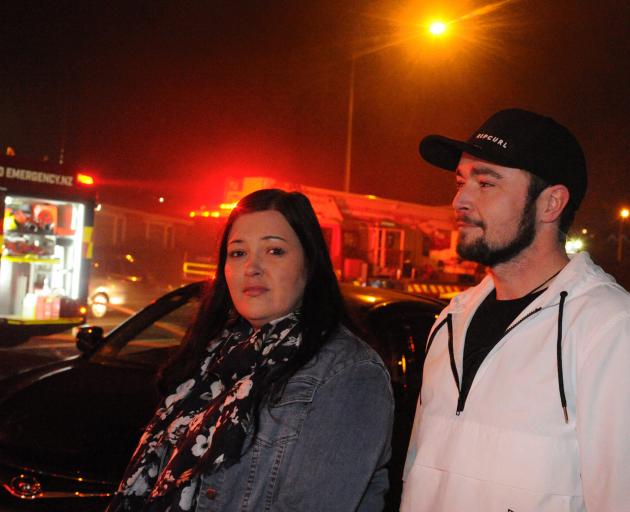 Hillary Hewitt and Sean Anderson raised the alarm and went to the aid of the restaurant occupants last night.
Five fire appliances, a fire command unit, an ambulance and police officers were sent to the scene.

Fire and Emergency New Zealand (Fenz) was called at 6.20pm to the blaze, which was spreading from downstairs to the second storey.

The fire did not threaten other buildings and was contained by 7pm, before being extinguished.

Crews remained at the scene until late last night. The fire was not being treated as suspicious, a Fenz spokesman said.

A St John spokesman confirmed two people were treated at the scene but did not need to be taken to hospital.