An Otago man who says he waited almost a year for a diagnostic scan for suspected prostate cancer says improvements to the southern cancer treatment system cannot come fast enough.

"I was told when I got that scan it would take a week to 10 days to get the result ... I probably called 10-15 times and they still haven’t rung back to this day," the man, who asked not to be named, said.

"It took five weeks to get the result, and I was positive for prostate cancer, and I want to know why they are talking about getting more scanners when they don’t even read the ones they’ve got."

On Wednesday, the Southern District Health Board (SDHB), which has spiralling waiting lists for cancer diagnosis and treatment, issued a request for proposal for up to 200 breast and prostate cancer patients to be treated by other health providers.

Southern patients are experiencing lengthy waits for cancer scans of all sorts, and the waiting list for radiation oncology is at a record 157 people.

Mr A, who has laid a complaint about the delays he experienced, said having finally got his diagnosis, he opted for private treatment rather than experience similar delays receiving much-needed care.

"I always thought that early diagnosis and early treatment meant you had a better prognosis, but it seems like the only people who heard that were the patients .. it cost me $30,000 of my own money to get it seen to, but I would like to think that people in my situation who didn’t have the money were able to get the treatment." 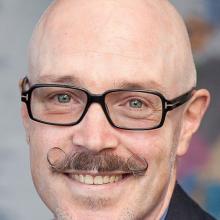 "People at places like New World and Countdown, for example, are working really long hours, for seven days a week.

"They do not get overtime and they may work as late as midnight, so there needs to be some serious questions asked as to why public hospitals cannot shift the way they operate."

Prof Gauld said he was sure southern cancer patients, many of whom are now stranded in waiting lists as long as treatment services have seen, would be more than delighted to have a much-needed scan or treatment at any time of the day or night.

Most SDHB scanning work is done during the day, but the board has introduced after hours and weekend sessions on some scanners to try to clear waiting lists.

It has also bought a new CT scanner and is considering buying another MRI scanner.

As someone who has gone through the hospital with Bowel cancer, I can say that the not knowing ones prognosis is the worst aspect of any cancer. I can handle pain but not knowing if you'll be around in 2 years? Thats much harder. The waiting, the worry, basically waiting to hear how long you will live. I dont understand why those scanners are not running 24 hours a day seven days a week to clear these cruel waiting lists. Get the staff from overseas if necessary and pay them to relocate to Dunedin. Do what ever is necessary. Delays dont 'do harm'.. they kill. Early detection is critical and that fact that this isn't provided by otago DHB is gross negligence. Cancer dosnt discriminate,it could be you or your loved ones on that waiting list in 6 months, so its in everyones interest to get these wait lists down to zero.