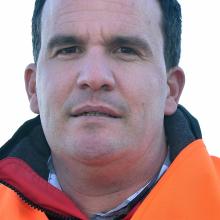 Richard Saunders
A large number of cabbage and eucalyptus trees along a 4km stretch of Portobello Rd near The Cove will be removed so the road can be widened, a new rock seawall built and a shared walking and cycling path installed.

"We've sought expert advice on retaining and or relocating these trees, as we're aware the community values them.

"Unfortunately, with most of the trees this isn't feasible," Mr Saunders said.

One large macrocarpa tree near Sunnybrae Rd would be retained as a bird roost, he said.

Removal of the trees was expected to start on Monday and would take about two months.

Otago Peninsula Community Board chairman Paul Pope said the removal of the trees would come as a shock to many peninsula residents.

"I hoped we could have retained some of the trees, particularly the grove of cabbage trees down by Irvine Rd, which are quite significant in the landscape but the advice we were given said it wasn't possible."

Between 40 and 50 trees would be removed, Mr Pope said.

One positive was the trees would be replaced with a major vegetation and planting programme.

"It will certainly be a big change for the community but hopefully, we will see something as significant planted in their place."

Wood from the larger trees would be given to community groups for fundraising, he said.

Typical DCC dedicated to destroy everything beautiful about the city.

Bound to be a very windy location and very hard to establish trees. Removing what are already there may affect soil stability, as the roots will be holding the soil. Heavy rain sweeping across the road towards the sea is likely to wash the soil away and may make the edge of the road subside. If the present trees REALLY need to be removed, then the replacements should be established first. But that would take 5 to 7 years probably and no doubt the council wants to get on with it, regardless of any risks or warnings.