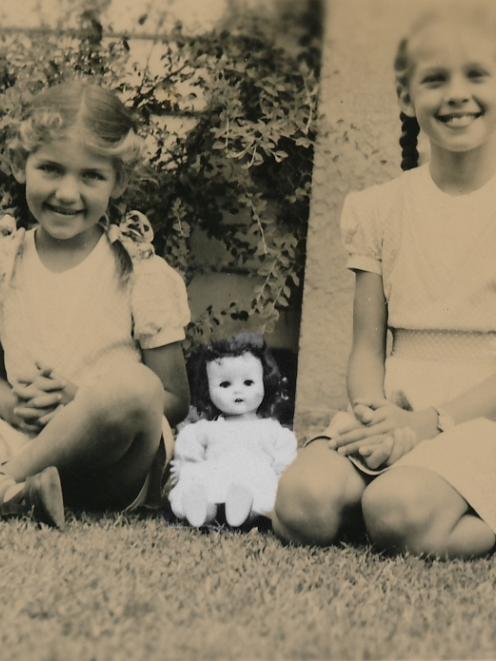 The way we were ... Margot Nash and her sister Diana, circa 1955, in a still shot from her documentary, The Silences. IMAGE: SUPPLIED.
The response to her ''personal essay compilation documentary'' The Silences has been intensely gratifying for film-maker Margot Nash.

The film, which traces Nash's difficult early family life - with a father who suffered from mental instability and a confusing, destructive relationship with her mother - has struck a chord with many audience members.

''At screening, people seem to have been very much affected, and they start to speak about their own family stories,'' Nash said.

''The film has given some people permission to speak about mental illness - and creating that space is a good thing to achieve in making a film.''

A film-maker and senior lecturer in the School of Communication at Sydney University, Margot Nash teaches screen writing, creative writing and an alternative Australian cinema course.

Creating The Silences involved a huge piece of writing for Nash - piecing together the story of her life with which she narrates the 70-minute film. She has been a film-maker for many years and worked on Dunedin television institution Play School in the mid 1970s for about six months.

''I describe the film as a personal essay compilation documentary because of the huge amount of different material that went into it,'' she said.

That material included a wealth of family photographs, footage from her own documentary work and her feature film Vacant Possession, as well as some archival footage. Bringing the film to fruition took about a decade.

''Weaving that all material together was a very interesting process, and a lengthy one,'' Nash said.

''So when I say a personal essay, I mean that my voice holds the film all the way through - and that voice was developed over a long period of time.''

Working on the film involved close discussion with her older sister Diana, and revealed some intriguing insights about memory.

''At times, my sister saw cuts of the film and said `that's not what happened, Margot' - and there were things I had to change because of that.

''That exploration of memory has been very interesting.''

Nash intends to visit Dunedin for screenings of the film, which will be held on Thursday, August 13, at 10.45am and 6.15pm at the Rialto Cinemas, as part of the New Zealand International Film Festival. She will conduct Q&A sessions after the screenings.

It will also be a chance to catch up with family members in the city and also maybe visit old haunts.

''I had a great time in Dunedin back in the 1970s, and I'm really looking forward to coming back,'' she said.