Picketers 'run over' at McDonald's 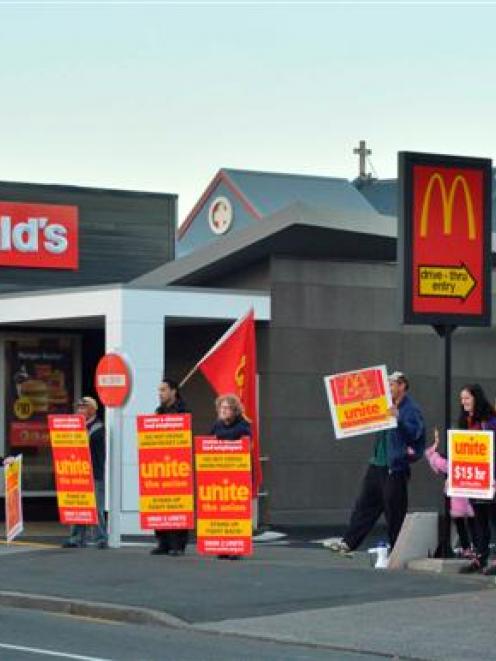 Unite Union members protest in what they called a 'McStrike' outside the North Dunedin branch of McDonald's yesterday afternoon. Photo by Gerard O'Brien.
Two protesting picketers were run over while blocking a drive-through lane at McDonald's in North Dunedin yesterday, an organiser says.

The protest featured placard-waving picketers from the Unite Union, who blocked the drive-through to the fast-food outlet from 4pm in front of a large crowd which had gathered to watch.

''Two of our members got run over, and we are laying a complaint against the driver ... it was very full-on.''

One of the picketers, aged in his 20s, was taken to Dunedin Hospital with a suspected knee injury.

Senior Sergeant Brian Benn, of Dunedin police, confirmed a complaint concerning a motorist had been received.

The protest had caused ''havoc'' on the one-way system north, with vehicles banking up, causing ''them to slam their brakes on ... so it was a wee bit of a shemozzle'', he said.

The protesters later agreed to move to a safer location before leaving just after 6pm, he said.

They were repeated again yesterday, with eight placard-waving picketers blocking the drive-through lane at the Andersons Bay outlet from noon.

Dozens of motorists headed towards the store's drive-through before opting to either park or leave the outlet.

The Otago Daily Times approached store management for comment yesterday and was referred to the company's head office, which was closed.

Ms Butcher said the ''McStrikes'' would have impacted on the fast-food giant.

''We are going to keep on doing it until they give our members what they want. I think out of all the ones we have held around New Zealand this one would have been the most beneficial in terms of financial loss.''

The North Dunedin protest was the latest ''McStrike'' to end in controversy - an incident in Christchurch last week led to an allegation of assault. 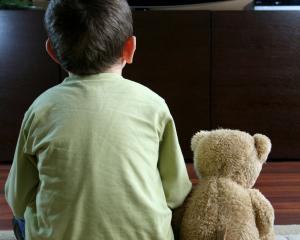