By Molly Houseman
0 Comments
Two methods of piling were tested at the new Dunedin Hospital site yesterday, and noise and vibration were measured.

Piles are posts that are plunged into the ground to support the foundations of a building.

Sensors were placed in the surrounding areas of the old Cadbury Factory, in Cumberland St, to detect the effects each option had.

The first and more traditional method, called driven piling, was tested about 11am at the old Cadbury warehouse site. 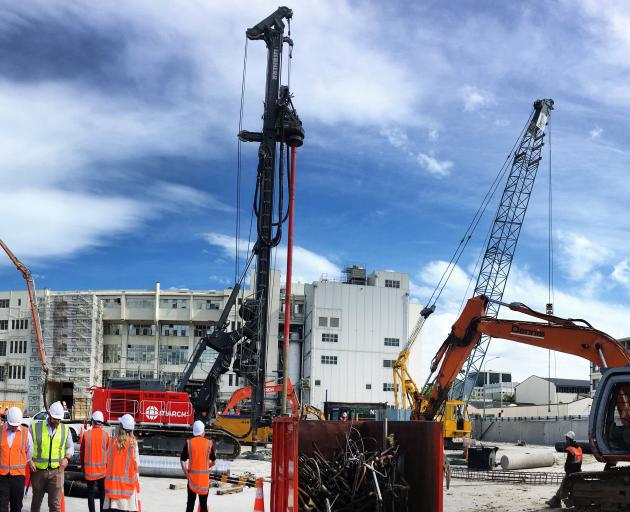 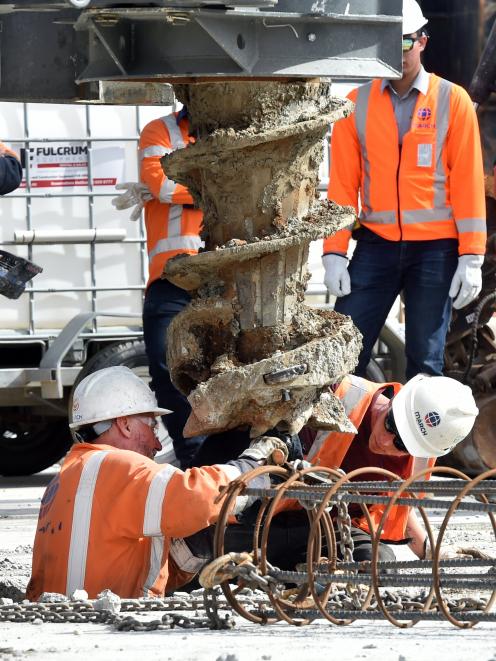 Workers drill the first pile.
It was driven about 10m deep.

The alternative option, full displacement piling, was tested about 3.30pm at the same site.

That involved drilling a drill string, which is at the front of a piling rig, about 15m into the ground.

As the drill was extracted, concrete was poured into the hole and then a spiral steel casing was plunged into the concrete, he said.

Ministry of Health new hospital programme director Mike Barns said driven piling was a faster method but had more impact and vibration, while displacement piling was slower but affected the surrounding area less.

"We are really trying to be respectful to the people of Dunedin ... and have minimal impact on residents in surrounding buildings.

"We know that the expectations are quite high, so we are quite keen to match that," he said.

Displacement piling was not a common method in New Zealand, and the piling rig was brought in from Australia.

That option would be good to test in the more "dense" areas of the site and where more people were around, he said.

"Once we get all the measurements back from out sensors we will be able to evaluate those and make the call."

Testing would continue in the southern end of the former Cadbury factory and the old Wilson car park site.