Plans for more than 50 sections in Outram 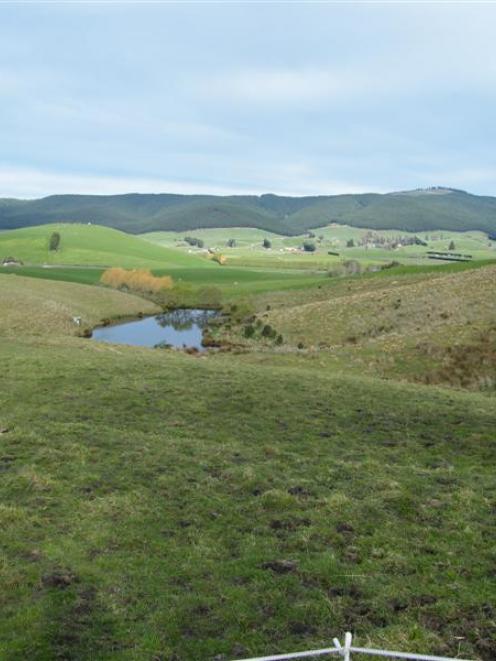 Land in Outram. Photo supplied.
The village of Outram could be in for a growth spurt, with landowners eyeing separate plans that could together add more than 50 houses to an expanded urban area.

However, both projects will first have to make it through the Dunedin City Council's private plan change process, involving public submissions and a hearing, before their fates are decided later this year.

The separate bids - one by Two Note Ltd and the other by Balmoral Developments (Outram) and a neighbouring landowner - both seek changes to the Dunedin District Plan, rezoning rural land for residential use.

It seeks to rezone about 7.7ha of land at 39A and 81 Formby St from rural to residential 5, allowing up to 28 houses to be built on sections of at least 1000sq m each.

Balmoral Developments (Outram) Ltd and an adjoining landowner were seeking to rezone 6.7ha of rural land as residential 6.

That would allow up to 24 houses to be built on sections of at least 2000sq m each on the site, bordered by State Highway 87, Holyhead Rd and Mountfort St.

The bid was considered at April's planning and environment committee meeting and accepted for notification, but it was yet to be publicly notified.

Mosgiel-Taieri Community Board chairman Bill Feather did not want to comment on the proposals, as it was "more than likely" he, or another board member, would be part of the hearings committee panel.

"It's something we need to stand apart from," he said.

However, Outram Hotel owner Jim Irvine said there was strong demand for houses in Outram, and the developments would be a welcome addition.

He did not think the extra houses would be detrimental to Outram's "old-world character".

"It's still a small town and an extra 50 sections is not going to make it a big town. From a business point of view, it's welcome, obviously, but a lot of businesses in this town rely on a much wider catchment than just the town itself.

"I certainly haven't heard any negative comment. I think people are generally well disposed towards it."

Another Outram resident, who declined to be named, said there was a shortage of available sections in Outram and any increase in the township's population would be welcomed.

Companies Office records showed Balmoral Developments (Outram) Ltd is headed by directors Cathrine and Neville Ferguson, of Omarama, who own about 6.3ha of their subject site.

The rest of the 6.7ha site is owned by Roger and Michelle Capil, who had joined the company in making the private plan change bid.

Both companies' applications argued rezoning was needed to meet demand for new houses in Outram, and that their plans represented a "logical extension" of residential development in Outram.

Balmoral Development (Outram) Ltd's site is located at the northern edge of Outram, while Two Note Ltd's is at the western edge and comprises mainly fenced farmland.

Two Note Ltd's site is outside the flood hazard area, set well back from the Taieri River, surrounded on three sides by rural land and, opposite the existing Willowfield residential development.

Two Note Ltd's application noted the extra housing, once built, would generate a "modest" increase in traffic and create a "slight contrast" to the existing rural environment.