Plans to welcome refugees to city 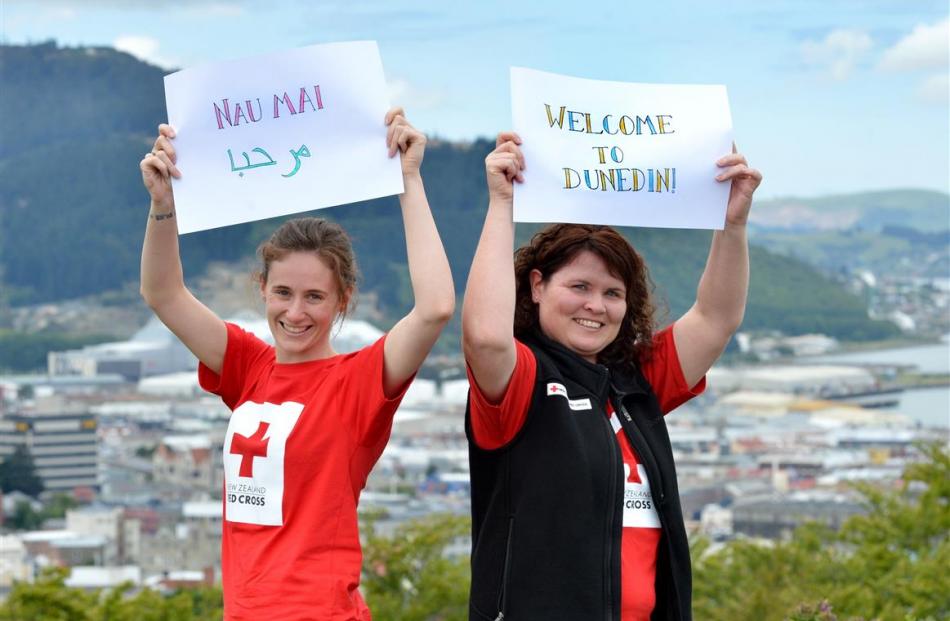 Red Cross is set to recruit up to 150 volunteers and 10 staff to help resettle refugees in Dunedin.

The charity - which is contracted by the Government to help resettle refugees - is ramping up preparations for the arrival of 40 to 45 Syrian refugees in Dunedin in April after it was announced the city would become the country's sixth resettlement area.

In the year from April, up to 150 refugees are expected to arrive in the city.

Red Cross southern humanitarian services manager Sue Price said it was looking to recruit up to 150 volunteers and employ a permanent team of eight to 10 staff.

Positions for three team leaders were already being advertised on its website, Ms Price said.

The staff and volunteers, who would be given training before the first group arrived, would help connect refugees with important services, understand "Kiwi culture'' and feel at home in the city.

Red Cross staff from other regions would also help the city prepare for its new resettlement role.

Dunedin residents could also help by donating household items or being friendly to refugees once they arrived.

"Lean over the fence, start a conversation at the school gate, share a meal together - it's all about building that connection.

"We're well known for our great southern hospitality, and I'm sure we will live up to this reputation as we welcome our new neighbours.''

Resettlement was a challenging experience, with refugees arriving in a country where the society, language and culture were often completely different from their own.

The first couple of intakes would be made up of Syrian refugees, with other ethnicities arriving later.

"Housing New Zealand is working closely with a variety of government, health, education and related agencies to prepare for the needs of refugees expected to start arriving into Otago next year.

"While we are not necessarily the only housing provider for refugees, we have started identifying properties throughout the greater Dunedin area that could be suitable to house refugee families,'' Mr Adams said.

• Become a refugee support volunteer and help support a new family as they resettle. Apply at redcross.org.nz/volunteer.

• Donate small household goods (not furniture, but items like bedding and things for setting up kitchens) that will help turn houses into homes for families resettling in New Zealand. Donations of goods can be made at the New Zealand Red Cross service centre, 31 York Pl, Dunedin.

• Give someone from a refugee background a job - a key part of the resettlement process. This can be organised through the Red Cross' Pathways to Employment programme: www.redcross.org.nz/pathways.

• Donate to support Red Cross' work with new arrivals in New Zealand, and its work internationally with refugees: redcross.org.nz/donate