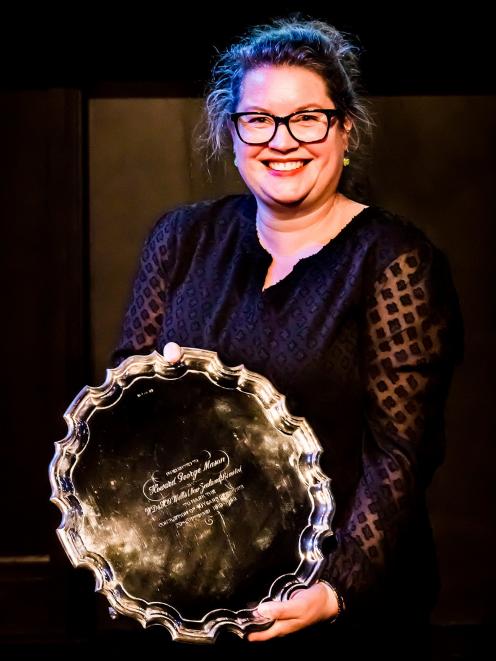 The Dunedin playwright received the award at the Playmarket Accolades, held at Wellington’s BATS Theatre on Sunday, and with it came a cash prize of $10,000.

Since 1983, the Bruce Mason Playwriting Award has recognised the work of outstanding New Zealand playwrights. The annual recipient is decided by a panel of leading New Zealand artistic directors, theatre programmers and script advisers.

The award is funded by The FAME Trust and the Downstage Foundation.

The $10,000 cash prize was designed to encourage the recipient to further explore the theatre medium, the spokesman said.

Duncan was the 2019 University of Otago Burns Fellow. She holds a PhD in theatre and has trained as an actor at the Lee Strasberg Theatre and Film Institute in the United States and the Royal Academy of Dramatic Arts summer school in London.

She has won Playmarket’s Plays for the Young competition and the Robert Lord New Script Award, and many of her plays have been shortlisted for other awards.