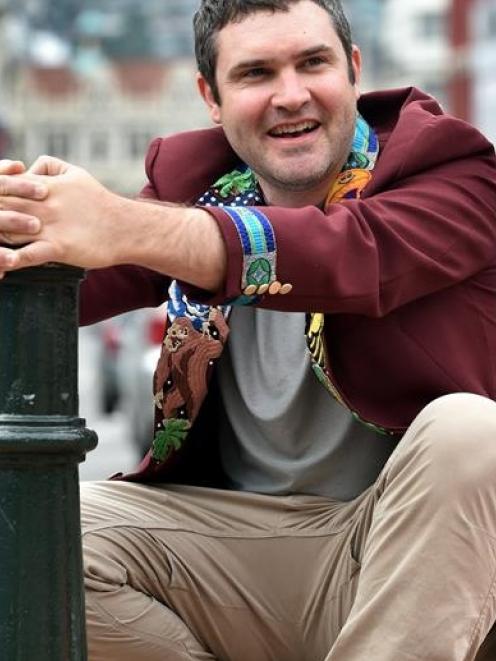 Writer and photographer (40) Andrew Choate, of Los Angeles, is on a five-week holiday of the South Island with his mother, Mary.

On the trip, his mother photographs tourist attractions, as her son photographs bollards - short posts used to prevent traffic from entering a pedestrian area, or to protect an object.

Bollards were ‘‘colourful and rhythmic'' and many cities had specific design styles, Choate said.

Before arriving in New Zealand, Choate contacted festival director Josh Thomas about a show he wanted to see.

Mr Thomas invited Choate to be part of the festival.

Before coming to Dunedin, Choate had recited poems to his bollard photos once before, in Mexico City.

His first Dunedin performance, Bollards: The Comedy of Hyper-Industrialisation, was a hit at the opening night showcase on Wednesday resulting in the only other festival performance the following night being packed.

Choate was planning to return to Dunedin this weekend to attend a concert featuring Port Chalmers musician Michael Morley, so another festival performance could be possible.

‘‘I might see if I can round something up,'' he said before leaving Dunedin with his mother.

If he does perform again, go and see how an object often discounted as banal is actually a beautiful byproduct of hyper-industrialisation.