By John Lewis
0 Comments
What was once an uninspiring telephone pole in a Dunedin street is now a traditional Maori pou at Pine Hill School. 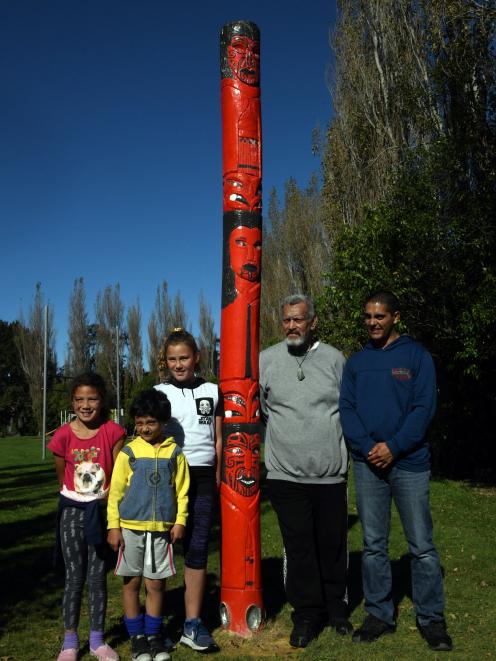 Mr Raukura said he spent about a month carving the pou, as part of his creative studies course at Otago Polytechnic, and he had since given  it to the school.

He said it took so long because the wood was very hard. The  4.2m-tall post has a face at the top, representing the 18th-century Maori chief Poho, who lived close to the outflow of Opoho Creek (also known as Stony Creek).

In the middle of the pou is a woman’s face which represents all the female principals the school has had.

The pou is situated in the northernmost corner of the school, and faces north, to represent all of the children who have come from the North Island and settled in Dunedin.

Pine Hill School board member Michael Prasad said the pou was unveiled this week and given a traditional Maori blessing.

"For the school, this is something really special in terms of being able to embrace another culture. It’s an awesome learning opportunity for us."