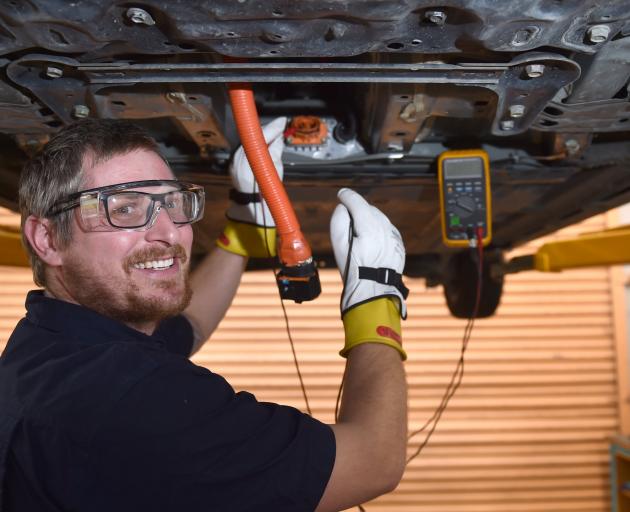 As the country’s first such programme, it started in 2019 with 15 students and had since grown to about 40 students a year.

With the Government’s rebate scheme for new or unregistered used electric cars starting next month, Mr O’Neill said he was continuing to receive inquiries about the programme this week.

"Certainly, we have seen an increasing number of automotive technicians looking to upskill in regards to electric vehicles," he said.

Given the increasing demand and use of electric vehicles, the polytechnic was working closely with other training providers within the sector to develop and roll out programmes for electric vehicle and hybrid training.

The school had worked closely with the Eastern Institute of Technology in Hawke’s Bay as it had recently became the second of the Institutes of Technology and Polytechnics, after Otago Polytechnic, to offer the certificate programme, Mr O’Neil said.

The Climate Change Commission told the Government to expect many workers would need to learn new skills to continue practising their profession in a low-emissions environment.

Employment and jobs would change as New Zealand moved towards a low-emissions society, the commission said.