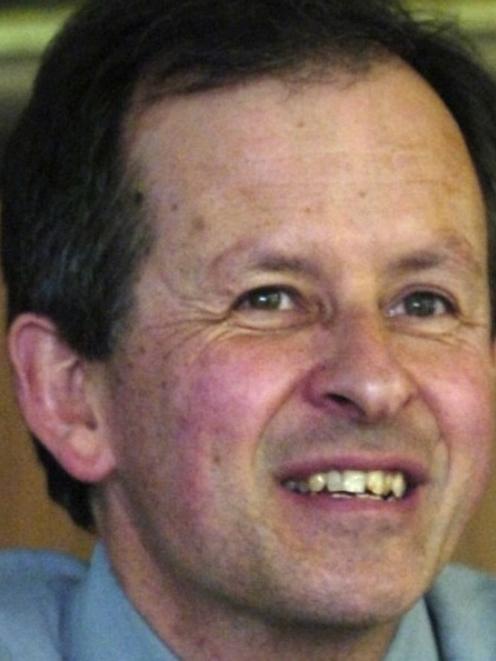 Geoff Plunket
A move to subdivide a chunk of Dunedin's waterfront industrial land is not ''harbourside by stealth'', but will make it easier to sell land to developers in future, Port Otago says.

However, Port Otago chief executive Geoff Plunket insists there are no ''active'' plans to sell or develop the sites, despite ongoing interest from potential buyers.

His comments came after Chalmers Properties, a Port Otago subsidiary, was granted non-notified consent on November 25 to subdivide 15 of its waterfront titles into 34 lots.

The new lots range in size from 306sq m to 4180sq m and are scattered across an area north of Steamer Basin, from St Andrew St to Fryatt St.

The land is owned by Chalmers Properties but leased to a range of industrial businesses and warehouses.

It was also the epicentre of a battle over a harbourside plan change, launched in 2005, which aimed to encourage the development of apartments, bars, a hotel, tree-lined boulevards, a public square and even an ''Amsterdam-style'' canal.

The plan was eventually dramatically scaled back following an Environment Court appeal, to focus on a smaller area south of Steamer Basin, but still cost ratepayers more than $2.6 million.

Yesterday, Mr Plunket said the latest subdivisions north of Steamer Basin were an administrative exercise, and did not amount to ''harbourside by stealth''.

The change was part of ongoing and long-running work to simplify Chalmers Properties' portfolio, and aimed to ensure there was a freehold title for each lease, he said.

Historically, large areas of reclaimed land had been covered by one title but, over time, had been split into multiple leases, creating complexity when it came to managing the portfolio, he said.

The changes on the map would not require any physical changes on the ground, and nor were they linked to any plans for new developments or the sale of land in the area, he said.

The change would ''make life easier'' for Chalmers Properties staff, but would also ''definitely'' make it easier to sell properties in future, he said.

''At the moment, in those areas, that can't really happen. If someone comes along and we agree to sell it to them, it'll take us six months or longer to do a subdivision.

''It [the change] does make the sales process easier in the future ... [but] we haven't done it for that reason.''

Port Otago was not an ''active seller'', but had a policy of selling leasehold land to developers to support the growth and development of the city, he said.

It had completed one development last year in the waterfront industrial area - the $4 million office and warehouse building in Sturdee St - for pallet and container company Chep.

Two more ground lease sales in the same area were due be completed later this year, and Mr Plunket said Port Otago was ''very keen'' to encourage more development in the area.

''We're very keen to see development in that sort of harbour area, because that's an area that needs renewal and rejuvenation.''

Mr Plunket said work to gradually simplify the property portfolio's titles had been ongoing since 1998, and the latest subdivisions would cost the company ''about $50,000''.

There was no reason behind the timing of the latest subdivisions, other than the company was just ''logically working through these things'', he said.

''This one's found the light of day, but no-one should read anything into it.''