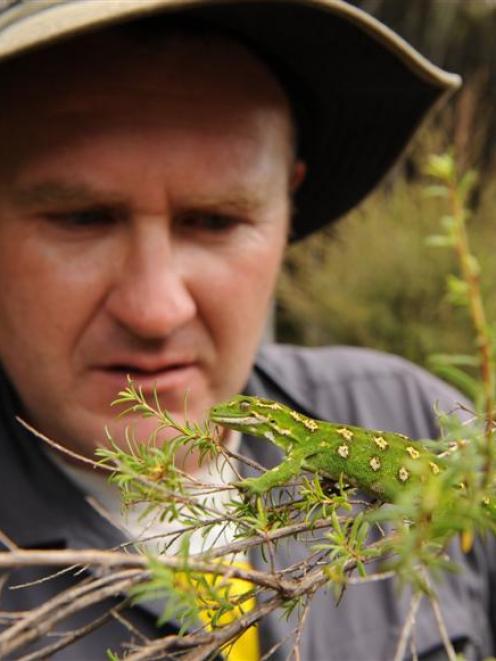 The bright green geckos were moved from Otago Peninsula to their new home in January last year as part of the ecosanctuary's plan to reintroduce species where they had once lived.

Thirty-six geckos had been translocated and were surveyed every two months by representatives of Save the Otago Peninsula Trust and ecosanctuary staff, she said.

Individual geckos, which in the wild were under threat through predation, loss of habitat and poaching, could be identified by their "unique and beautiful" markings.

Since their release, 20 had been re-sighted and at least three had given birth in the ecosanctuary.

Some of these young were now seen regularly, she said.

"It is too early to declare the transfer a success, though their survival and breeding, despite a very cold winter in 2009, are encouraging."

After enhancement of their habitat, particularly through planting of Coprosma propinqua and Poa cita (silver tussock), and keeping the ecosanctuary safe from most predators, the geckos were able to look after themselves, she said.

It was hoped the ecosanctuary's population would act as a backup population.