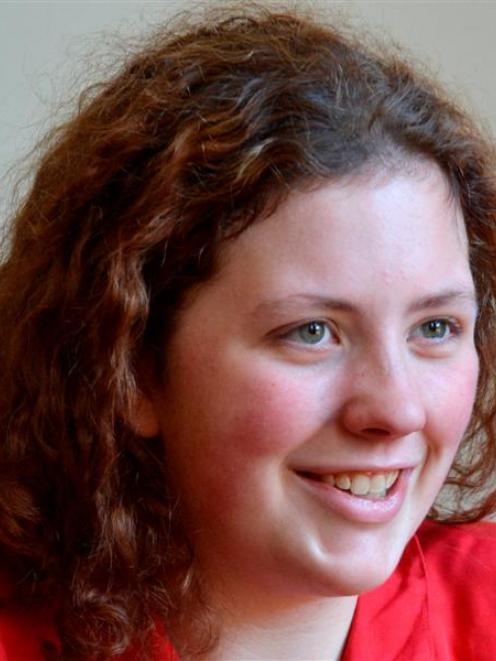 Sophia Frentz
A University of Otago student is set to indulge her love of haiku on a trip to the United States next month.

Sophia Frentz (20), in her honours year of a science degree with a major in genetics, was making the trip to give a presentation at this year's Haiku North America Conference - which was a ''big deal'' in the haiku world. She, along with her mother who was also a haiku poet, had been picked to give a presentation on using haiku to illustrate science.

''It is quite a big deal ... A lot of the really good haiku poets and the editors of quite large journals will be there.''

The event was being held on the historic Queen Mary ocean liner, which was permanently docked in Long Beach, California. During the conference she would be staying on the liner, where celebrities and dignitaries such as Fred Astaire and Winston Churchill once walked.

Ms Frentz was introduced to haiku at an early age and had grown to love the short poems for the way they perfectly captured a moment.

''I was brought into it by Mum at a very early age and I complained bitterly about it ... but as I have grown up I have started to really enjoy haiku.''

English haiku could be anything from one to four lines long and were not as restricted as the five syllable, seven syllable, five syllable structure, which people were often taught.

She believed the simplicity of haiku meant they were a good way to make science more accessible.

One of her haiku:
Stopped in traffic
On my window
Cherry blossom