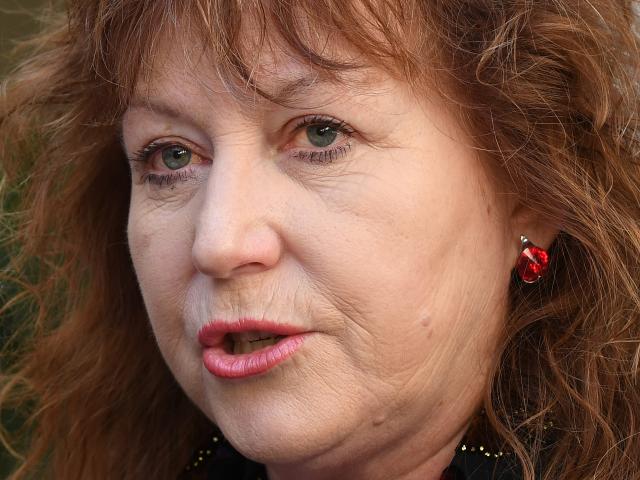 "I am, like the rest of you all, a human being and I can no longer endure the relentless pressure I have been under," the Dunedin South Labour MP said.

For her personal wellbeing, resigning was the best option, she said.

Ms Curran has been at the centre of a political storm for a fortnight: on August 24 she was stripped of two portfolios and demoted from Cabinet after revelations she had held a private, off-the-record meeting - her second such meeting.

Speculation had since been rife about her future, and her career prospects were not helped by  bumbling, uncertain responses to questions in Parliament on Wednesday about her use of a personal Gmail account in her ministerial role.

Ms Curran was absent from Parliament on Thursday, and that evening told Prime Minister Jacinda Ardern of her decision to resign as Minister of Broadcasting and Associate ACC Minister.

When the Otago Daily Times visited Ms Curran’s home yesterday  morning she was visibly upset and would not comment.

She regained her composure a couple of hours later to read  a  statement to the media,  which contained hints of defiance.

"I have made some mistakes," said Ms Curran,  who was supported by Dunedin North MP David Clark and former Labour cabinet minister Marian Hobbs.

"They weren’t deliberate undermining of the political system, but my mistakes have been greatly amplified and the pressure on me has become intolerable."

"On the question of Gmail use, I use my Gmail account infrequently for work and it would have been discoverable and it hasn’t been used to conceal anything."

Former Labour Party president Mike Williams - who selected Ms Curran as a potential candidate for political office - said he was saddened by her resignation.

"My guess is that there is something going on in her personal life - Clare is normally a confident, intelligent woman."

Her lack of poise in Parliament on Wednesday was surprising, as the questions she faced should not have been hard to answer, Mr Williams said.

"That’s why I think something else derailed her...  I think she’s a real loss, as she had plenty of talent.

"For Clare it has to be a personal tragedy, as being a minister has been her goal for many years."

Ms Curran said she was proud to have been a minister, and had worked hard on issues she believed in.

"I thank my Prime Minister for the chance she gave me.

"I thank all my colleagues and my party for the support, encouragement and solidarity they show every day."

"She was stressed obviously and finding the likelihood of further scrutiny intolerable, not just what she has had to put up with.

"She knew National had scented blood, that it felt she was the one they wanted to take out, and likewise the media had started to turn on her as well."

Dr Edwards said Ms Curran was normally a feisty and combative debater, but recent events suggested she was not as tough as that veneer suggested.

"Once she was put under pressure she did not cope well with it and she was becoming isolated.

"I’m just not sure that ultimately politics or being a minister was the right occupation for Clare Curran," he said.

Ms Curran said yesterday she intended to stay on as Dunedin South MP.

Dr Edwards said that was no surprise, as she  was known to be a proud electorate MP, but she would need to regain the confidence of local Labour activists.

A former Cabinet minister, Mr Woodhouse said the close examination Ms Curran had been under was part of the job.

"The so-called intolerable pressure has been brought on entirely by her own actions," he  said.

"Life as a minister is difficult and busy and there is a high level of scrutiny. If she wanted less intolerable pressure she should have performed to a higher standard."