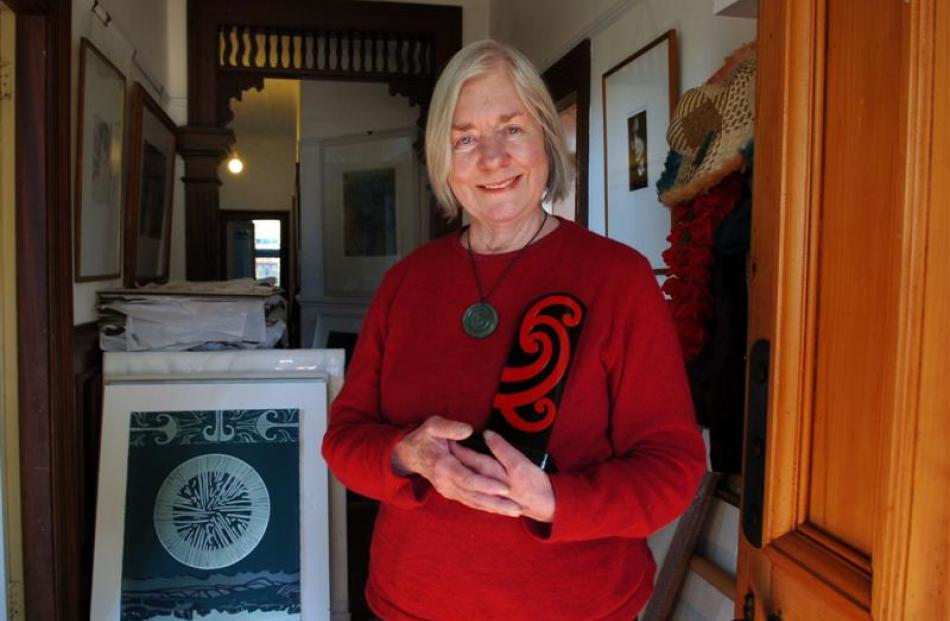 Dunedin artist and teacher Marilynn Webb has been honoured for her contribution to Maori art.

Dr Webb was awarded Nga Tohu a Ta Kingi Ihaka for her lifetime of achievement in art and leadership as a Maori artist at the Creative New Zealand Te Waka Toi Awards in the Wellington Town Hall on Saturday.

"It's an incredible honour."

The award recognises Maori artists who have strengthened Maori culture through their support of nga toi Maori.

Dr Webb, who is of Nga Puhi descent, has an international reputation as a printmaker and educator.

She grew up in Opotiki and worked as a Department of Education arts adviser in Auckland, Northland and Fiji, before moving to Dunedin in 1974 to take up the University of Otago Frances Hodgkins Fellowship. She subsequently lectured in printmaking at the Otago Polytechnic School of Art from 1988 to 2008 and was appointed emeritus principal lecturer in recognition of her contribution to research and teaching at the institution.

Dr Webb has exhibited nationally and internationally since the 1960s and her work is held in private and public collections in New Zealand, Australia, Asia, Europe and the United States.

In 2000, she was appointed an Officer of the New Zealand Order of Merit for her contribution to art and art education and, last year, was awarded an honorary doctor of laws by the University of Otago.

The Te Waka Toi Awards celebrate leadership, outstanding contribution and excellence in Maori arts and the achievements of Maori art practitioners and advocates.