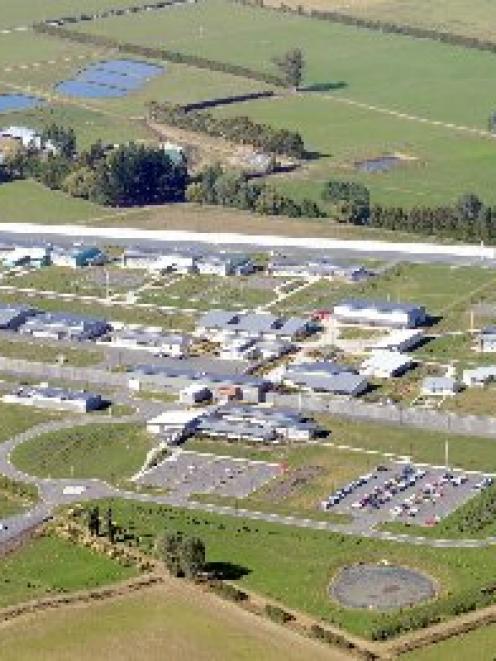 Richard John Barriball (42), unemployed, took his own life eight days after being admitted as a remand prisoner, having pleaded guilty to a charge of aggravated robbery in October 2010.

His pain medication for an arm injury was changed upon his remand in custody, he was denied some of his medication and warnings from relatives about his mental health were not acted on, Otago-Southland coroner David Crerar found.

The coroner's inquest finding into the death, publicly released yesterday, cited "suboptimal" care by the Otago Corrections Facility in the causes and circumstances of Barriball's death.

The prison failed to provide delivery of prescribed pain relief at a time deemed most appropriate by clinicians and communication made by Barriball's family expressing concern about his mental status was not collected, recorded, reported or acted upon, Mr Crerar said.

"The Otago Corrections Facility is a dysfunctional unit.

"There seems to be an enormous void or rift between the medical staff doing what they believe is right and the service being delivered to the patients.

"Records show on at least two occasions there were cock-ups with the delivery of medication to Rick.

"If it was a breeding kennel for dogs, they would have shut it down," Mr Miller said.

Ms Barriball said medication should not be changed when prisoners were remanded at the prison, at least until they were formally sentenced and eligible for rehabilitation programmes.

If medication was changed, it should be to suit the recipient and not the corrections facility, she said.

Barriball's prescribed pain relief of Tramadol was changed for Panadol "for the convenience of prison management", Mr Crerar said, because it could be administered more freely.

"Of particular concern is the fact that the most effective pain relief, Tramadol, was prescribed but was unable to be delivered, due to staff shortages.

"The submission of the family that prison medical officers ought not to change medication until they have full and thorough information from clinicians previously consulted is appropriate and this is particularly appropriate for remand prisoners," he said.

When they expressed concern about Barriball's medication change, Ms Barriball and Mr Miller were told any further change would require consensus between doctors and Barriball.

The couple were also appalled by the apparent ease with which Barriball obtained cannabis as a remand prisoner.

Blood tests indicated he smoked cannabis in the days before his death, after his admission to jail.

At the inquest, Otago Corrections Facility acting assistant regional manager Jack Harrison testified about the prison's regular drug-testing regime, in which about 5% of the jail population tested positive.

"Manager Harrison was disappointed, but not surprised, that a prisoner at OCF had access to cannabis.

"When taken in conjunction with other drugs, [cannabis] may have been a significant contributor to the mental state of Richard Barriball," Mr Crerar said.

Barriball's full medical records were also not transferred to the prison, adding to "the complete stuff-up", Ms Barriball said.

"In the case of Richard Barriball, as is so often the case in prison, it was difficult for the prison medical practitioners to obtain good records," a doctor involved in the inquest testified.

In a statement to the Otago Daily Times, the Department of Corrections' general manager of prison services, Jeanette Burns, said Mr Crerar's findings were being reviewed.

She said the "very sad case" demonstrated that prison staff were not always able to predict prisoner behaviour accurately.

Ms Burns said any changes to prisoner medication were made after consultation between the patient and clinician, and prisoners had ready access to prison health services.

If friends or family of inmates contacted prison staff with safety concerns, the information was acted on to ensure prisoners were safe, she said.

"We are absolutely committed to reducing the number of offenders who take their own lives while in custody.

"Despite the significant efforts we make, it is incredibly difficult to prevent the actions of someone who is determined to hurt themselves."