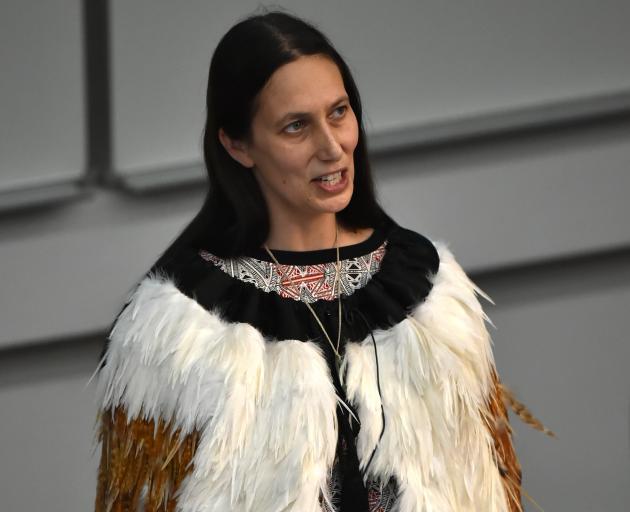 Prof Ruru, of the University of Otago Law Faculty, was commenting during her inaugural professorial lecture at the university.

The recent winner of the Prime Minister's supreme award for tertiary teaching, she is New Zealand's first professor of law of Maori descent.

In her talk she reflected on her experience of growing up at the head of Lake Wakatipu, ``at the foot of majestic mountain peaks and forested river valleys''.

Growing up walking the national park trails with her mother and ``scrambling along neighbouring mountain tracks with Dad, who mined for scheelite and hunted possums'', she knew these places were of significance to Ngai Tahu, but the general public saw them only through the ``overlaid English names and the Department of Conservation''.

She felt something was ``amiss and remiss'' and her childhood ``unease'' in this place she adored led her on her adult journey of inquiry and ``eventually dreaming for a better, more respectful law to acknowledge indigenous people's rights, responsibilities and interests to remain governors and stewards of lands and waters essential to cultural identity and survival''.

During her initial law studies at Otago University, she had ``struggled much with the curriculum'' and found it ``perplexing'' to sit in lecture theatres learning about various legal concepts, all ``containing underlying messages that law is objective and just''.

She could not reconcile this standard of the law with stories her father's family told about ``dispossession'' from ancestral land from the 1860s, including through ``insidious legislation''.

Studying law gave her an insight into how the law was used to ``achieve colonial goals'' and did not convince her the law operated ``on an unbiased, neutral terrain''.

The Ngai Tahu Claims Settlement Act in 1998 captured her attention, and she wanted to understand why lands ``so obviously important to Maori were locked up in national parks'' with a legal ethos premised ``entirely on mono-cultural Pakeha values for protecting land''.

But completely absent was ``the Maori relationship with these lands''.

This Act was the first statute to ``punch significant holes into the walled national parks to let breathe again the Ngai Tahu understandings of these lands''.

The law had continued to evolve, and there were ``many challenges and opportunities'' for New Zealand to ``embrace a more respectful legal system if we wish'', Prof Ruru said.

Locking lands is Eurocentric, acquisitive and counter productive to the common weal. Confiscating lands, forests and fisheries that the treaty partner was guaranteed 'undisturbed possession of' is not, however, what Britain intended. Prof, you give a colony responsible government and they go irresponsible with it.

I was born in New Zealand I am European I hope we have rights also . . .