But the proof will be in how the city copes with the busy late-summer period.

A new group, Octagon Alcohol Prevention, was formed at the start of this year to tackle serious bad behaviour in Dunedin’s city centre.

It involved regular meetings between bar owners and police, and the creation of a blanket trespass notice.

If someone was trespassed from one of the bars for a serious offence, they would be banned from all 14 signatories.

"It’s been a really effective tool that we’ve used to reduce violence in the central city."

Being able to get a large group of bar owners in the same room to hash out issues was also valuable, he said. 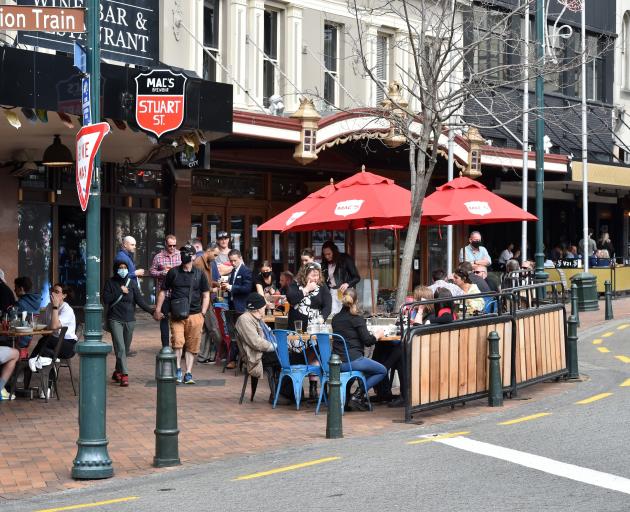 A group was formed earlier this year to crack down on bad behaviour in Dunedin’s Octagon. PHOTO: GREGOR RICHARDSON
But Covid-19 restrictions meant they had not been able to meet for several months, and because the bars had been operating with reduced capacity, it was unclear how much of an impact the new set up was having.

That would become more evident from late January.

There was usually a really big night around the third week of January, when people returned from holidays, he said.

"Last year there was a huge fight around the Octagon, just a massive fight that’s carried on. The year before there was a gang incident with weapons and all sorts of things, it’s a bizarre night."

February and March would also be busy with the return of students to the city and several large events, including Orientation, a Six60 concert and the Women’s Cricket World Cup.

Sgt Paulin expected another meeting would be held with the group early next year.

"It’s just been really good to get everyone around the table to discuss matters that arise, and work towards making the Octagon a safer, more enjoyable place for everybody."