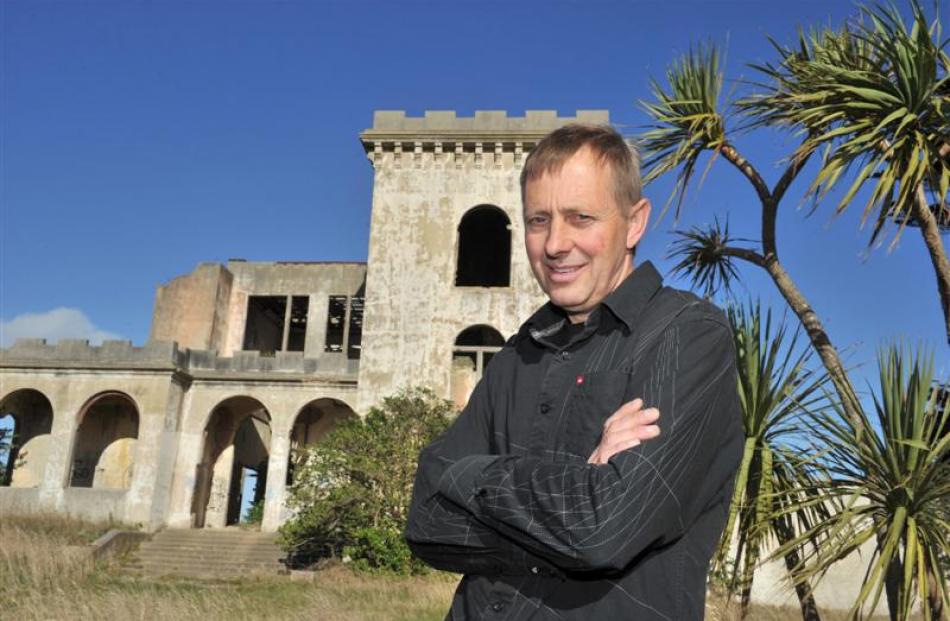 Detailed plans for a coastal walkway with Cargill's Castle at its heart have been presented to the Dunedin City Council.

The idea is for a track of almost 2km, winding its way along Dunedin's south coast, linking the category one-listed castle with nearby Tunnel Beach and eventually St Clair.

The trust planned to raise the $225,000 needed to pay for the track's construction, but wanted the council to agree to maintain it.

It was hoped a track between the castle and Tunnel Beach would appeal to some of the estimated 40,000 people who visited the beach each year, Mr De Graaf told councillors.

It would also show off the castle and the south coast's ''stunning'' scenery, he said.

The two locations had been linked by a track in the past, and the aim was to restore that connection, he said.

In time, the track could also be extended to St Clair, via Second Beach, linking all three locations, he said.

The trust still faced a big undertaking to raise money for the project, and would also need to negotiate land access agreements, parking and traffic issues and the sensitivities of some neighbours, he said.

The response to date from neighbours had been ''mixed''.

Some homeowners closest to the proposed track's route were ''not so keen'', he conceded.

''There will be some issues to work through,'' he said.

Most of the track to Tunnel Beach would run through council-owned land, although a section between Highgrove and the beach would pass through privately-owned land.

Private landowners would need to be formally approached, and some changes could be made to accommodate any concerns.

The proposal was to construct a 1.5m-wide gravel track. Boardwalks, some barrier fencing, cut backs or stairs would be required in places.

However, the formed track could also be replaced with simple marker posts in sections, if costs needed to be reduced, he said.

The track was the latest step towards securing the castle's future, but Mr De Graaf said the trust itself also needed ''new blood'' to help with fundraising efforts.

Initial discussions about the track had been held with council staff, but construction could be two years away, he indicated after yesterday's meeting.

''You never know how long these things take sometimes.''

A response to Mr De Graaf's submission would also be considered by councillors next week.