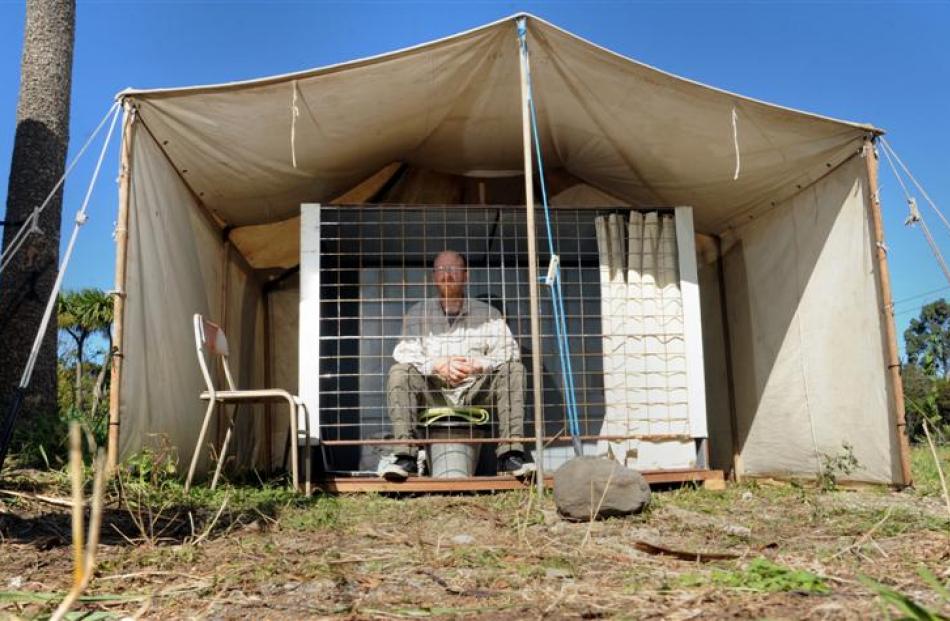 Waitati man Carl Scott in the cage he plans to stay in for a month to highlight the plight of caged hens. Photos by Peter McIntosh. 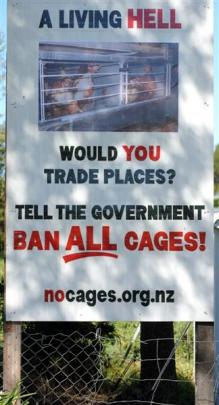 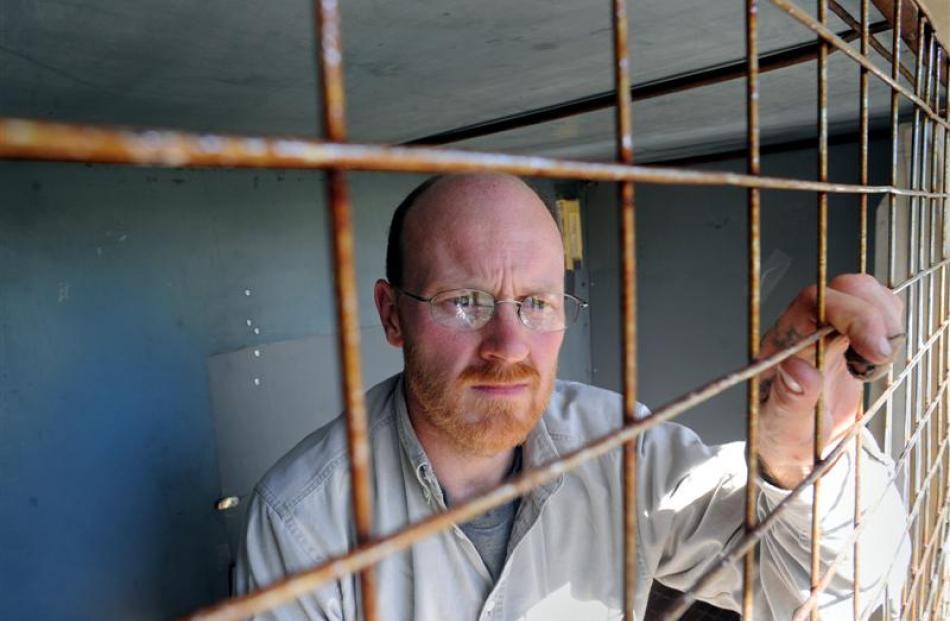 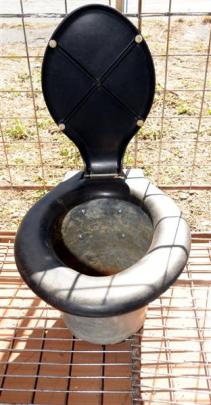 Cooped up in a cage for a month as a protest, Carl Scott says he's still better off than battery hens.

To be like the hens' "living hell", the 41-year-old Waitati vegan estimated he would need another five or six people in his cage, which is about 190cm across and 130cm high.

Mr Scott started his voluntary imprisonment on Tuesday on an empty section beside State Highway 1 in Waikouaiti.

He was spurred to action last month by a draft code issued by the Government's National Animal Welfare Advisory Committee. Submissions on the code close on April 29, the day his protest ends.

The proposed "enriched cages" designed to improve hens' lives were not enough, he said.

Extra space for each hen amounted to about the size of a credit card, and hens would be unable to express a full range of natural behaviour.

At present, battery hens had floor space smaller than a piece of A4 paper, lived above their own excrement, could not flap their wings, stretch, or walk around, and suffered injuries because of their living conditions, Mr Scott said.

Although his preference was for people not to eat eggs, that was unrealistic, so he advocated free-range hens.

Morale was high yesterday on "day two", although Mr Scott had a "sore bum" from his seat. He is performing yoga stretches to keep flexible, as the only time he can extend his body is when he is lying down.

He says he will not leave the cage other than in an emergency.

The former territorial soldier's only seat is also a makeshift toilet for solid waste, with a sealed-lid bucket for liquid waste. A cold-water sponge bath is his only washing facility.

A power cord from a friendly neighbour provides power for wireless internet access and keeps his cellphone charged.

Food and water are being supplied by his uncle, Matt Scott, of Waitati, while other friends and family are also helping.

In the cage, he plans to write letters and articles, update a Facebook protest page and talk to passersby about his protest.

He said surveys showed most people liked the idea of free-range hens but opted to buy cheaper battery-hen eggs. People did not seem to grasp the cruelty of the situation and he hoped his protest would make them stop and think.

The site was chosen for its proximity to Waikouaiti egg producer Mainland Poultry, although Mr Scott has not alerted the plant to his protest. Mainland Poultry managing director Michael Guthrie said he was unaware of the protest and was unable to comment.

The federation says it supports the move to enriched cages, as they allowed a range of natural behaviours not possible in conventional cages, including standing erect and spreading wings.

The industry wants the changes introduced gradually because the new system cost up to 40% more than the status quo.