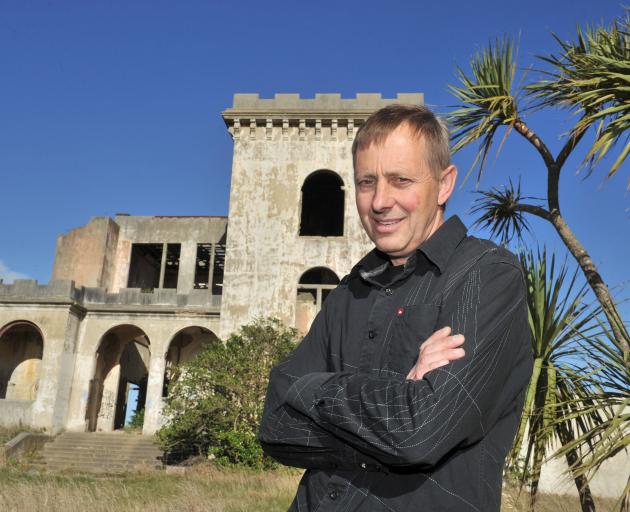 The Dunedin City Council has approved resource consent for the stabilisation of the castle ruins, and the Cargill’s Castle Trust says it brings the Dunedin landmark one step closer to being safe and secure enough to be finally opened up for public access.

Chairman Steven De Graaf was delighted with the announcement and said the next step was to create detailed design plans and then apply for a building consent.

"We have already secured some funding towards this from the Bendigo Valley Trust and the Dunedin Heritage Fund, and final fundraising is under way.

"We hope to have this stage completed by early next year."

He said the final stage was to undertake the stabilisation work, which would cost more than $1 million.

"We won’t have that finalised until building consent is granted.

"We will also need to apply for further resource consent for access and operational arrangements when we get to this stage.

"This has been a big step for the trust with some real thought going into how the building will look and feel as you walk around the inside with some stunning views available," Mr de Graaf said.

Once complete, people would be able to walk around inside the building.

There would be some stairways and landings and people would be able to get up to the top, behind the tower, and look down the coast or out towards the city, he said.

Built in 1875, it is Dunedin’s second-oldest castle.

It was gutted by fire in 1892, rebuilt, had a couple of decades as a restaurant and cabaret in the 1930s and 1940s, and eventually fell into a state of disrepair.

It was rescued from demolition by the trust in 1997.

At the moment, the castle remains closed to the public until the project is completed.

The stabilisation work itself was expected to take about six months to complete, and if all went to plan, Mr De Graaf estimated the castle could be open to the public by mid-to-late 2022.

Mr De Graaf said the trust was still working out whether access to the castle would be via guided tours with volunteers on certain days, or open permanently during daylight hours for people to roam through unsupervised.

The trust was also working with the Dunedin City Council on a walking track from the castle to Tunnel Beach.

"It was rescued from demolition by the trust in 1997" I wouldn't say rescued is the right word, left to deteriorate would be better, surely they have enough funds to rebuild by now if the lawyer they have on board is any good.