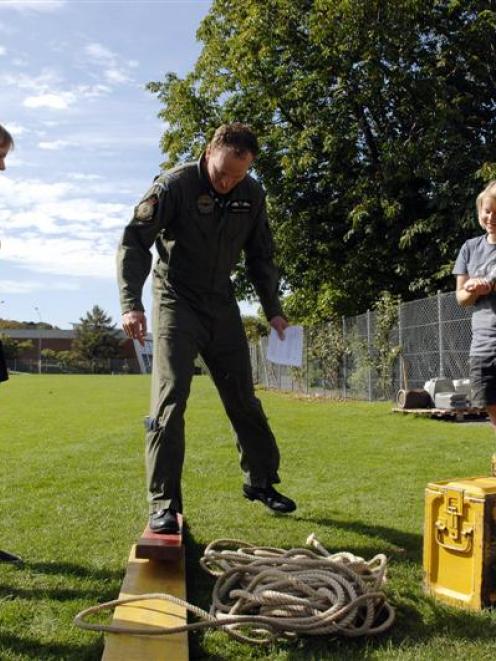 RNZAF recruiter Sergeant Mike Ivamy told the Otago Daily Times the pupils were taught how the three factors interacted with each other to achieve a common goal.

"They are skills which could be used in their roles at school or in their sports teams.

"Making sure everyone is included, involved and aware of what the goals are - that's what we want them to be able to do."

The pupils put their new-found skills into practice by completing several obstacles and activities.

Sgt Ivamy said the pupils were the first to receive the training and, if it worked well, it could be made available to secondary school pupils throughout New Zealand.

Taieri College and Kings and Queens High School pupils are also receiving the the training this week.