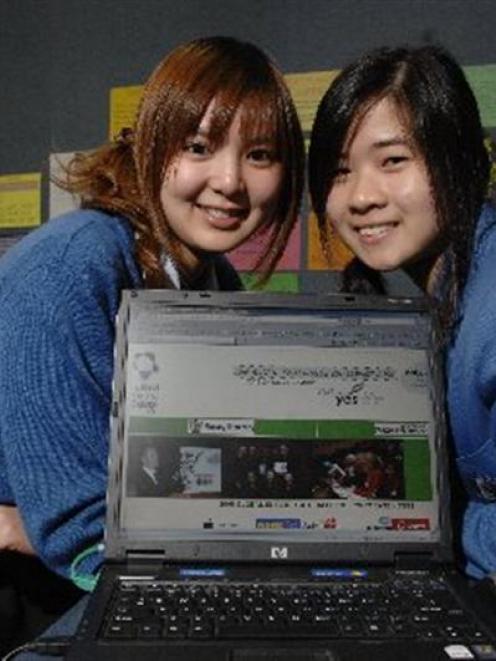 During the challenge, Belle Chairungroi and Gift Limtrakul, both from Bangkok, will join 80 pupils from around New Zealand to compete in an international economics competition.

After being divided into 10 teams, pupils will hear Nasa astronaut Bill McArthur announce a challenge to teams from 15 countries through a video satellite link-up from the Glasgow Science Centre.

Pupils will then work with business mentors from companies including Sony, Fonterra and Genesis Energy to prepare a business plan.

Last year, organisers gave pupils in 15 countries just 24 hours to prepare an action plan to reduce greenhouse gas emissions and strengthen the economy for their city over a 10-year period.

Pupils will present their plan to a panel of local judges at by 6pm on Monday, and one team will go on to make its presentation to the international judges, which starts later in the evening.

Gift and Belle were looking forward to working in teams and socialising with host families in Auckland.

However, they were most excited about picking the brains of mentors from the business community who would help them, Gift said.

Both pupils enjoyed studying economics at Queens, and said the New Zealand curriculum related more to "business in the real world".

In Thailand, more general studies provided an overview of several disciplines, including accounting and marketing.

"We don't really get to talk to people in the business community as much, or get to have experiences like the [global enterprise] competition.

"I think economics is seen as more of a serious subject here," Gift said.