By Andrew Marshall
0 Comments
Former Otago people living in Melbourne say it was a shock to experience an earthquake in Australia.

Melbourne was shaken by a 5.8 quake — one of Australia's biggest on record — about 12.15pm NZ time yesterday, causing damage to buildings and sending tremors throughout the neighbouring states of NSW and South Australia. 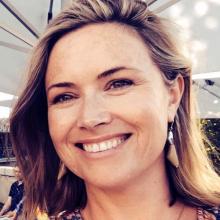 Vanessa McKay
Former Dunedin woman Vanessa McKay works as a psychologist in the Victorian capital and said the earthquake felt representative of an already shaky community in the grip of its sixth Covid-19 induced lockdown.

She had lived in Melbourne for 20 years and said while an earthquake might have normally been shrugged off, right now ‘‘it might contribute to what is already a very tenuous and uncertain time’’.

She worried about how locals would cope heading into another bushfire season, and the ongoing misfortunes felt ‘‘biblical’’.

Ms McKay had been showering when the earthquake happened and at first thought that the shaking was caused by some nearby construction. By the time she grabbed a towel and headed for cover under the kitchen table, the quake was over. 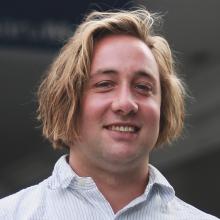 Gus Patterson
Gus Patterson, who moved to Melbourne from Oamaru last year, was working as a recruitment consultant on the 27th floor of a building in Melbourne’s CBD when the quake struck.

He had recently been listening to a podcast about the Christchurch earthquakes and ‘‘thought about the worst-case scenario in about five seconds’’.

The quake was felt strongly enough for people to take immediate action to keep themselves safe.

The pandemic and ongoing lockdown protests had him thinking about returning to New Zealand, he said.

Former Dunedin woman Margot Taylor, who has lived in Melbourne for more than four years, said she did not expect earthquakes when she moved across the ditch. 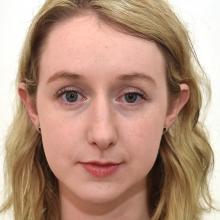 ‘‘Every time I put something on a shelf and it’s not fastened down, I’d think to myself ‘It’s OK, I’m in Australia’.

‘‘This morning I’ve taken a lot off of the tops of shelves.’’

She sheltered in a doorway in her home when the shaking happened and said the quake was more startling than those she had experienced in New Zealand because it was so unexpected.