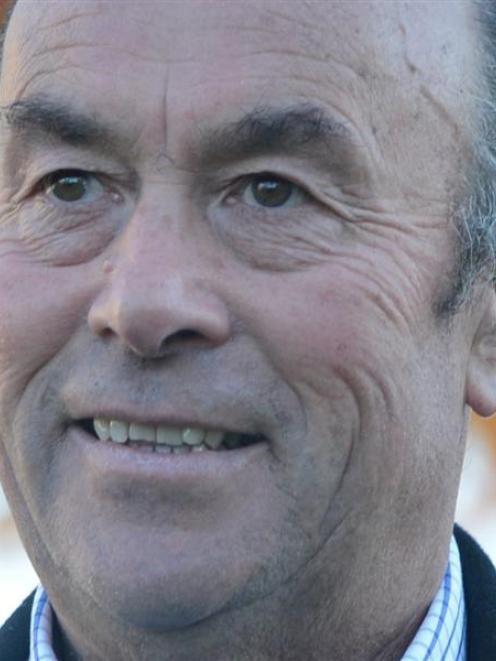 Mr Henderson, of Christchurch, said yesterday he would consider legal issues over how to proceed with an application, on behalf of the quarry operator, to vary conditions in an earlier 2007 consent, involving the quarry on Otago Peninsula.

On Thursday, the first day of the Dunedin City Council consent hearing, Auckland lawyer Tony Woodhouse appeared for Megan Bardell and Graeme Granger, who live near the quarry, at Geary's Hill.

Some neighbours are worried the quarry will be expanded, and evidence given for the applicant quarry operator said ''further excavation of the entire hillside'' was being considered.

Steve Clearwater Contracting, headed by peninsula resident Steve Clearwater, has been accused by council staff of not complying with rules designed to restrict his quarry's operation.

But evidence on behalf of the quarry operator during the hearing has disputed aspects of this, also saying there were errors in a key council report.

The applicant, Peninsula Holdings Trust, is seeking a variation on its existing consent, to legalise what has been done, but it is also seeking to expand its quarrying footprint for future operations.

The application has prompted 40 submissions, including 32 from neighbours, many opposing it.

Town planning and resource management consultant Keith Hovell, who has given evidence for the quarry operator, yesterday asked Mr Henderson to indicate how he wished to proceed with the case, either as a variation, or as a new consent.

Any submission Mr Hovell would make would have a narrower compass if a variation was involved.

Mr Hovell had earlier said several factors had contributed to the present situation, including some ''confusion'' about the intended parameters of the 2007 consent conditions, and actions required by council staff, including the removal of some trees.

Mr Henderson said he would adjourn the hearing to consider his approach, and was mindful that Mr Hovell also had to sum up.

It is understood Mr Henderson will take further legal advice and soon advise the parties how he intends to approach the case.

Edward Ellison, chairman of the external issues committee of the Otakou runanga, said in a submission he had been raised at Otakou, on ancestral lands overlooking Otago Harbour.

''Geary's Hill, at the head of Papanui Inlet, is an integral part of a wider wahi tupuna [ancestral landscape],'' Mr Ellison said.

The Otakou runanga was concerned about the ''incremental carving away at the basic elements of this ancestral landscape leading to greater and irreversible changes''.

Objective two of the New Zealand coastal policy statement required ''the preservation of the natural character of the coastal environment and protection of natural features and landscape values''.

But the ''incremental modification of Geary's Hill beyond that authorised by the original consent'' was ''contrary to the objectives and policies'' of the coastal plan.

''Geary's Hill is an integral part of the natural character of Papanui Inlet.''

The runanga was ''strongly concerned'' that the quarry operation had gone outside the area authorised in the 2007 consent.

The conditions should be strengthened further ''to require restoration of the profile of Geary's Hill as part of a comprehensive, and tightly enforced, rehabilitation plan for the quarry''.

Lala Frazer, on behalf of Save the Otago Peninsula Inc, said yesterday members of the group were concerned there had been ''no penalties levied on the quarry owners for the serious and numerous breaches of the consent conditions''.

These breaches were ''causing irreparable harm to the landscape and including extraction beyond that consented'', she said.