'Queen of crime' feels right at home in Dunedin

By Brenda Harwood
0 Comments
Scotland's "queen of crime'', Val McDermid, may be on the other side of the world to her homeland here in Dunedin, but the city's street names and gothic look make her feel right at home.

McDermid, who has recently taken up an appointment as Visiting Professor of Scottish Studies and Crime Fiction at the University of Otago, will spend eight weeks in Dunedin this year and in 2020 and 2021.

"It is a real treat for me to be taken out of the normal cycle of the year and given a chance to spend time thinking and planning,'' she said.

McDermid is a featured author in this weekend's Celtic Noir crime-writing festival and is known for the bestselling Tony Hill and Carol Jordan series - the latest, How the Dead Speak, is the 33rd novel in a stellar career.

McDermid said crime writing enjoyed a long tradition of using a "sense of place'' in order to "trick'' readers.

"Everybody knows that murders are not solved the way we write about them in real life, so when our readers pick up a crime novel they enter into a kind of contract to suspend disbelief.

"Anything we can do that strengthens that is good, so writing about recognisable places is part of that.'' 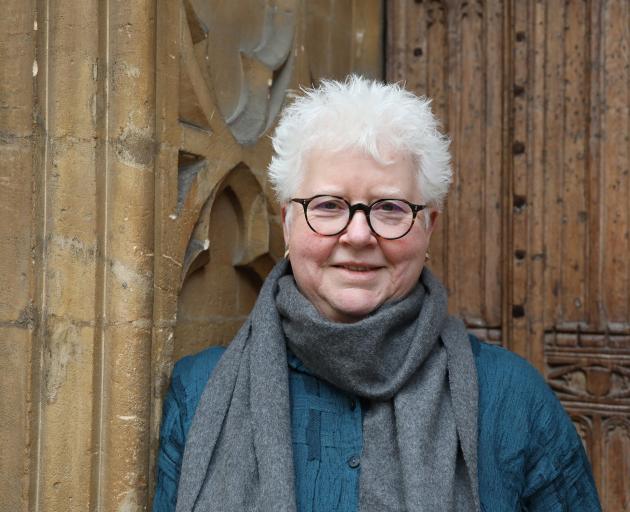 Val McDermid on the popularity of crime writing: "People seem to have an unending appetite for it." Photo: KIT BRUCE
Crime fiction could be set in any type of social milieu, from the underbelly of society to politics, making it an ideal means of engaging in social commentary.

"And it means that when you have a good idea for a story, it can be set anywhere,'' she said.

There were many advantages to writing series based on characters, who could change and grow over time, but there was also the down side that story ideas might not fit with those characters.

At such times, it was better to step outside a series and create a stand-alone story, McDermid said.

"For me it's always the story that comes first - that is the urgency. The crime novel is a very flexible form, so whatever story I've got buzzing in my head, I can find a way to tell it.''

Ideas were always plentiful for her, and could come from anywhere, from incidents to stories - the only issue was having the time to develop them.

Last year, crime fiction became the biggest-selling section of the book market in the United Kingdom.

"People seem to have an unending appetite for it, which suits me fine.

"By and large, the crime novel feeds our desire for a story that has a beginning, middle and end . . . that urge is ever-present.''