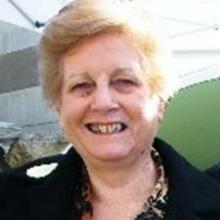 Lyndon Perriman
It will be four years before Dunedin man Lyndon Perriman knows if his work helping to save endangered albatross considered a national treasure by the Japanese, has been a success.

Mr Perriman was invited to help a five-year joint venture between the Japanese Government and the United States Fish and Wildlife Service to protect the short-tailed albatross.

Fewer than 2000 of the albatross exist on Torishima, 600km south of mainland Japan.

Torishima is an active volcanic island and scientists were concerned the population of short-taileds, already endangered, could be wiped out if it erupted.

So it was decided to translocate the chicks to a more secure island, Mukojima, 350km away - a move that had never been done with albatross, Mr Perriman said.

"It's a risk, but it is a huge risk not doing anything."

He took leave of absence from his job as Department of Conservation head ranger at Taiaroa Head to accept the invitation and travel to Japan.

The aim was to use his experience feeding and handling Otago Peninsula's royal albatross to help with the short-tailed species.

"Taiaroa Head is the only place in the world where intensive management of albatross occurs."

Through emails and two trips to Japan in the past two years, Mr Perriman has passed on tips and trained workers.

Last year, the group tested the handling methods with the black-footed albatross, which worked well, so this year they worked with the short-tailed species, Mr Perriman said.

They faced a few challenges as the birds were "flighty" so were harder to handle.

However, they successfully translocated, by helicopter, 10 6-week-old chicks.

The aim was for the albatross' first memories to be of their new home so they would return there to breed after they fledged in May.

They would also be more used to handling, like the Taiaroa Head birds, enabling them to be closely studied, he said.

Mukojima was home to three other species of albatross, and to help them settle, "decoy" birds were scattered around and a sound centre emitting their call was set up.

It was hoped that the birds would return to Mukojima in about four years' time to breed.

Only then would Mr Perriman and the other members of the team know if the programme was successful, he said.