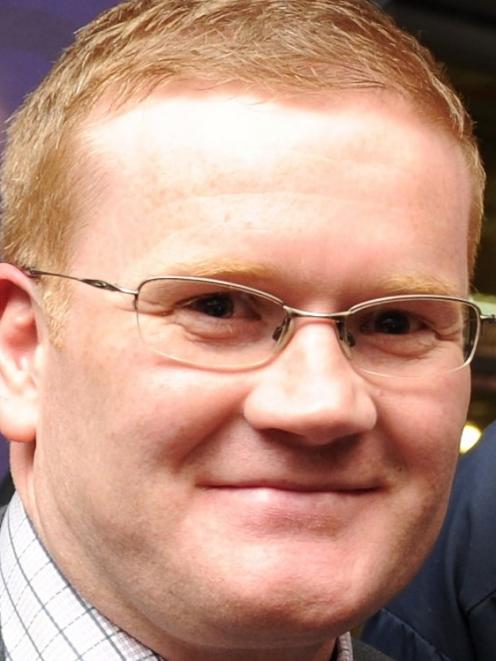 Matthew Holdridge
Dunedin ratepayers will be asked to reach into their pockets again to bring next year's Fifa Under-20 World Cup to the city.

The Dunedin City Council is being asked to come up with $20,000 now, and possibly more money early next year, to cover a shortfall in host city funding for tournament costs.

''The Fifa Under-20 World Cup is a magnificent tournament, and we're delighted to be able to host it, at a pretty modest cost to the ratepayer.

The council had earlier agreed to underwrite a contribution from Football South, which had planned to contribute $125,000 and seek another $50,000 from the Community Trust of Otago.

A council staff report to be discussed at today's full council meeting indicates Football South has fallen short on both counts.

It secured a smaller sum of $30,000 from the Community Trust of Otago, and raised less than half of the additional $125,000 it aimed to elicit from clubs, individuals and corporate sponsors.

That had been discussed at a recent meeting of Football South and council representatives, and a request for additional funding could now follow at council budget meetings early next year, it said.

In the meantime, the report, by council events special projects co-ordinator Tammy Jackman, recommended councillors agree to cover the shortfall in funding from the Community Trust of Otago.

Mr Cull told the Otago Daily Times the council knew at the time the $20,000 underwrite was ''uncertain''.

''That's come home to roost, and that's fine. It could have gone the other way. I think it was a reasonable thing to do at the time.''

Mr Cull was less certain the council would have to reach into ratepayers' pockets again next year to help bolster Football South's other fundraising efforts.

''Council never agreed to underwrite that part of it ... We're fulfilling our obligations by coming up with this extra $20,000.

''We never said we would underwrite the fundraising of the others.''

Asked what would happen if Football South was unable to raise its share, Mr Cull said the council ''would have to consider that when that happens''.

''I'm not going to comment about what council's reaction would be, because I don't know.''

Football South chairman Matthew Holdridge said when contacted that about $62,000 of the $125,000 had been raised, and he remained confident the association would reach its goal.

''We've still got a way to go, but we've got plans in place and we're reasonably comfortable we'll get there.''

Money had come from clubs, corporate sponsors and individuals, which was ''a big ask ... particularly when you see what's going on with Basketball Otago''.

''But if we didn't do it, we'd never have the event here,'' Mr Holdridge said.

He could not rule out a request for additional council funding.

''Hopefully, we won't need to, but I guess it's always an option.''

The council's underwrite, if approved, would be on top of the contribution hammered out with tournament organisers last year.

The council had earlier baulked at the prospect of an almost $1 million bill, before negotiating a more favourable deal which saw Dunedin named as one of seven host cities in August last year.

The council agreed to contribute $150,000, and $160,000 in non-cash support, for the event, and in return won the right to host seven games at Forsyth Barr Stadium.

The tournament is expected to draw more than 9000 fans to New Zealand, along with a television audience of more than 170 million people across 100 countries.