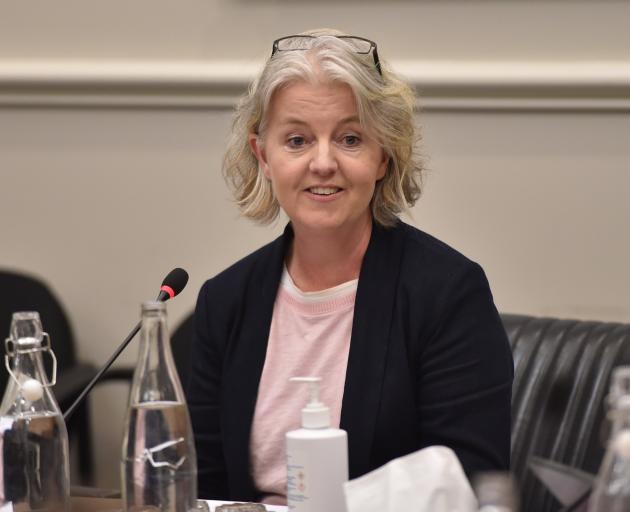 A large proportion of rates increases, as well as the burden of mounting debt, would fall on farmers, Federated Farmers pointed out.

At a 10-year plan hearing yesterday, Federated Farmers representative Eleanor Linscott cited an example of a Middlemarch farmer who paid about $70,000 a year in rates and lived more than 100km from Dunedin.

A fairer system was needed for rural ratepayers, she said.

The Dunedin City Council is one of just a few councils that does not use uniform annual general charges — flat charges for particular activities or services — and introducing them was among a series of changes Federated Farmers sought.

The lobby group argued a differential for rural landowners should be reviewed and reduced, lofty or ambitious projects should be dropped and the council should increase maintenance of the rural roading network and upgrade it.

About 650 farming operations are within the Dunedin City Council’s area and about 800,000 sheep.

Ms Linscott said farmers, unlike other business people, could not pass on the cost of rates rises to customers.

In her written submission for Federated Farmers, Kim Reilly said the organisation’s members received little benefit from the rates they paid.

She noted Dunedin Mayor Aaron Hawkins had said in the council’s consultation document councillors were conscious of the impact of rates rises on people with low or fixed incomes, but he had not highlighted the impact on the farming and commercial sectors.

The introduction to the draft 10-year plan referred to the past year being difficult because of Covid-19.

"While Federated Farmers understands the concern about the uncertainty with the Covid-19, what we fail to understand is how such an ambitious and expensive plan is therefore considered appropriate at this time," Ms Reilly said.

The council should take a precautionary approach to taking on debt, she said.

The council has proposed a $1.5billion capital spending plan for the next 10 years — hundreds of millions of dollars more than the council considered necessary three years ago — and debt could soar from about $310million to $880million by 2031.

Much of it is to pay for an upgrade to Dunedin’s ageing water, wastewater and stormwater systems, and roading projects.

"Such a debt burden is only signalling significant future rates rises — and more pressure on farmers," Ms Reilly said.

Capital spending will be reviewed by councillors this month.

Ms Reilly said capital spending plans should be reviewed now, rather than waiting until after public consultation had been completed.

Councillors will deliberate from May 31 on what to include in the 10-year plan and sign off the document in June.

No chance a labour leaning council will listen to anyone

Is this really how farmers want to play it?
If so, then the entire ORC rates are for them to pay, and any water treatment the DCC has to pay for, in order for our water to be safe to drink. Also, where do they get their groceries and supplies? The don't drive into the city surely? I'm a bit over this misguided sense of entitlement.