Recycling up 30% thanks to new bins 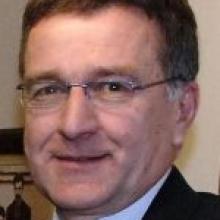 Council contractors have collected 3011 tonnes of recycling from the city's residential streets since the $26.7 million kerbside collection service - including large new wheelie bins - was introduced on February 28.

That was a 30% increase compared with the corresponding period last year, with 756 tonnes of recycling collected in June alone.

The number of council plastic rubbish bags being sold was continuing to decline as well, down 15% in June compared with the corresponding month last year.

He told the Otago Daily Times the wheelie bins' extra capacity and convenience was the main driver, particularly when it came to cardboard and newspaper.

Members of the public were now able to recycle both using the wheelie bins, rather than bagging newspaper for collection and tying up cardboard.

The collection of mixed plastics 3-7 for the first time - including detergent bottles, ice-cream container lids and plastic plates - as part of the new service had added to the total volumes gathered, he said.

He was "certainly pleased" with the 30% overall increase in recycling, which was slightly ahead of other New Zealand centres, which typically experienced a 20% to 25% recycling increase after introducing wheelie bins.

The early success of the new system could help ease pressure on the council-owned Green Island landfill, although up to 70% of total volumes going to the landfill came from the commercial sector, which was not covered by the council service, he said.

Mr Featherston's report to the recent meeting showed the total volume of recycling collected each month had spiked to 853 tonnes in March, after the new service's introduction, as the early delivery of wheelie bins gave time for extra recycling to accumulate.

Volumes had dropped to 754 tonnes in April, and again to 648 tonnes in May, but then had risen to 756 tonnes in June.

Figures showing the amount of collected recycling being on-sold fluctuated from month to month, depending on when container loads were full and ready for shipment, he said.

However, since April the figures had actually been outstripping collection rates, he said.

Glass bottle volumes had been steadily increasing, and selling at a profit since the introduction of the new service separating glass to avoid contamination.

Steel and aluminium cans were also being sold and recycled back into metal, while plastics 1 and 2 - including soft drink, water and milk bottles - were being used by buyers in plastic manufacturing and road construction.