Red light running: ‘The complacency is quite scary’ 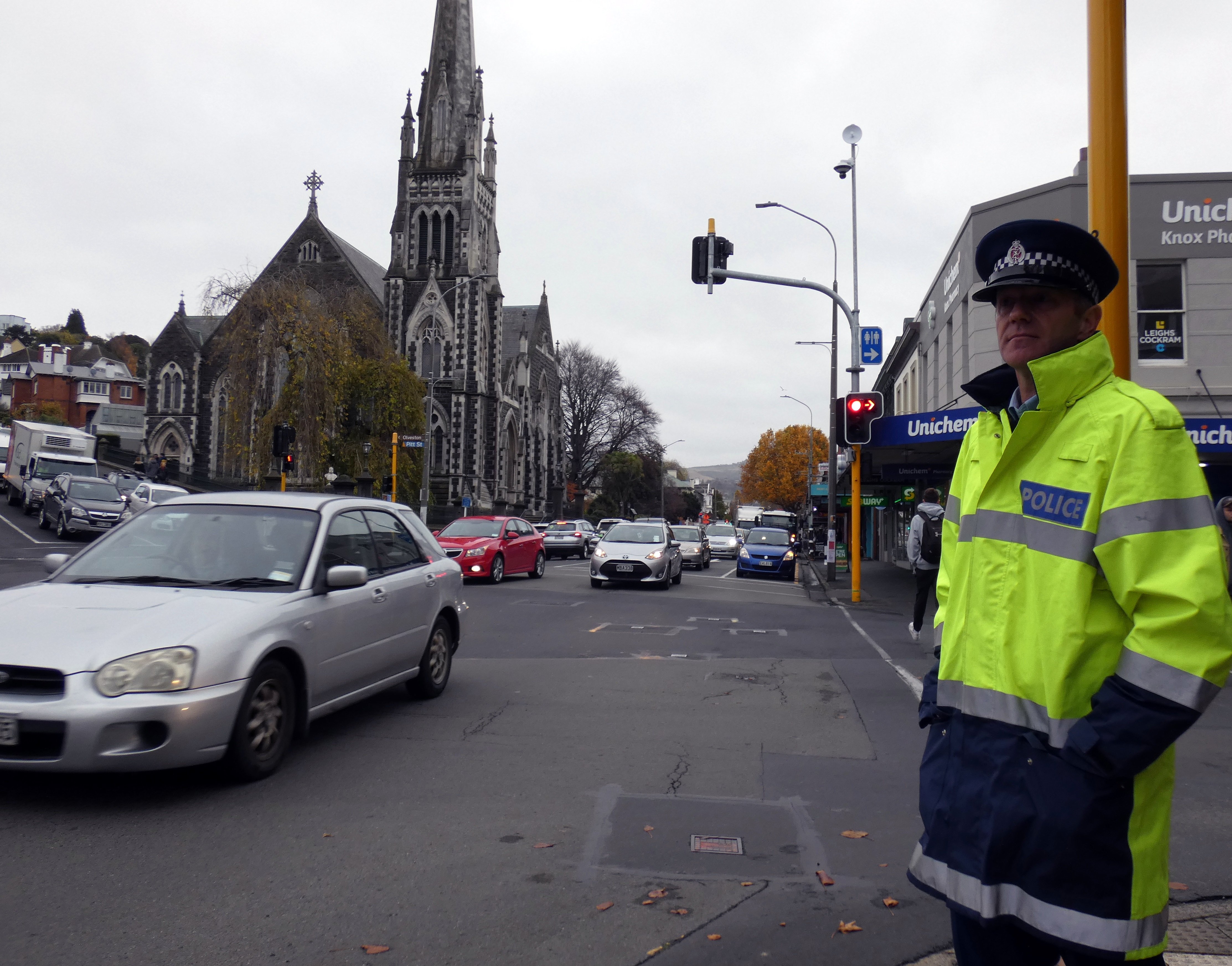 "The complacency is quite scary really."

Stop signals were being ignored at all times of the day and night.

"It is all around town, pretty much."

Police had been informed of instances in Andersons Bay, on the one-way system through north Dunedin and in the city.

"People seem to be pushing it all across the city."

Two hot spots were Cargill’s Corner, in South Dunedin, and the intersection at the bottom of Pitt St, where five roads converged.

"They are the most evident ones - Cargill’s and Pitt St - because of the high volume there."

But reports were coming in to police all around town of people ignoring stop signals.

"Hence some of the crashes we are attending."

Drivers of all ages were involved.

"It is not just young or middle-aged - we are picking up all ages, unfortunately, so there is no real rhyme or reason."

Excuses included "it was orange when I went in" or "I thought I could get through".

The standard excuse was "oh it was green", but police could clearly identify traffic lights were not green but red, he said.

Another excuse was "I thought I had enough time to get through before it turned red".

"Well you are not supposed to drive through an orange [light] just to try to beat the red."

There were instances of commercial vehicles also running red lights.

"Some will zip through it."

Professional drivers of large trucks such as logging trucks were "normally pretty good".

Traffic control signs were there for a purpose.

"They are there to keep all road users safe. A stop sign is there to ensure that the motorist can have clear visibility in high-risk locations."

Stop signals were put in place because of the risk those intersections posed.

There had been crashes as a result of people running through orange or red traffic lights as well as failing to give way or stop at other intersections.

Cars travelling 40kmh-50kmh presented a significant danger to pedestrians if the rules were not observed.

"That is ... one tonne of metal that is going to hit a pedestrian."

...not just cars and commercial vehicles but also buses, it's as if patience has become a lost commodity. The behaviour also extends to round-abouts, where drivers, especially those in big utes, charge at speed to the intersection giving the impression they have no intention to slow down. Another classic, being tailgated in icey conditions in 40kph school zones. Or, while travelling north on King Edward at the speed limit, to be passed on the inside and the car then turns in front of me at the next street. On top of all this, a lot of drivers are on the cell phone texting!
Then we have the pedestrians, on a dark,cold morning, dressed in black, leaping off traffic islands and footpaths in front of moving cars.
Dunedin, your traffic behaviour is a mess. I've lived in quite a few cities, Dunedin behaviour stands out as selfish, ignorant and roundly aggressive. Is there something in the water here?

"People seem to be pushing it all across the city."
Guess this is what happens when you remove lanes, constrict streets with cycle lanes, remove turning lanes, place speed bumps, reduce traffic speed to a crawl and generally constrict the previously smooth flow of traffic.

I placed the blame for red light runners ENTIRELY at the feet of the DCC.

Snozz, on this issue we clearly disagree, the " previously smooth flow of traffic" you refer to was of a time when Dunedin had 10,000 less people and even less cars on the road, I remember those days, and it was very different. The problem is right back on the individual drivers. Record car sales and increase of population on an aging road format.... Dunedin drivers, in general, lack the skills, or the patience to adapt or compensate, stuck in their own selfish arrogant worlds, ignorant of the changes in flow or population, simple as that. The DCC drive me mad too, but this is about driver attitude. A city operates on it's collective public attitude, can't blame the DCC for that.

Oh without doubt, drivers ARE responsible for their actions! But a large part of the stress and frustration that leads to these drivers running red lights, is the deliberate actions of the DCC to reduce, by stealth, the number of vehicles on Dunedin's roads by making our roads so congested that at certain times they are virtually undrivable.

Common sense would dictate you address the concerns of those most affected. In this case it's the Dunedin driver, not a few cyclists. The DCC should be trying to make the driving experience as tolerable and efficient as possible for those who are in the MAJORITY of road users. Instead this council have treated drivers as a problem to be fixed. It's little wonder drivers risk running red lights!

...and as a footnote, Don't increase the rates, put 'red light' cameras on the intersections and more speed cameras on the motorway for funding council coffers. Dunedin doesn't need more housing.....because Dunedin doesn't need more people....because Dunedin roads can barely cope with the population it has. A spectacular city being ruined by poor planning and ignorance. The arrogance is evident by all those opposing slower speeds around the city. The city is so small, the roads so tight and congested, pedestrians and cyclists at every turn, ice and wet half the year, yet people still expect to travel at speed?
No wonder the mayor wants them all on pushbikes, because they certainly can't drive!!

Anti motorist. Any excuse to tar the driver behind the wheel!

...yes, thats right, tar the poor motorist...they're FORCED to run the red light, nothing to do with crap driving skills or exercising some patience. The drivers are totally inoccent in their complacency and brash ignorance....flippin heck, it's this attitude that perpetuates the madness. There is definately something in the water here!

The admired academic, Jim Flynn, did say we should put something in it.

That is just mock irony. I' truth drivers are arrogant. They can no longer own the roads.

Anybody who has lived outside of new Zealand knows that kiwi drivers suck. They are rude, ignorant and unskilled. Having lived all over the world I would rank kiwi drivers worst than those driving in Yemen. Running read lights is minor compared to other infractions I've witnessed here. I'm not sure why the government wastes the time, money and effort of painting lines on the road, 90% of kiwi drivers have no idea the lines are there or what they are for. The addition of bike lanes in dunedin only makes it more confusing for the average kiwi driver since there are rarely any bikes using them. The lanes become optional passing lanes. I'm not sure the arrows painted in the middle of the roads are really for tourists visiting new Zealand. I think they are more than likely for the average kiwi driver. I cant wait until tourism resumes and we have more tourist driving. I will feel a lot safer dealing with them rather than some local kiwi drivers. I drive slow and view all kiwi drivers as a potential threat. I'll take a tourist driver over a kiwi driver any day of the week.

The only reason Dunedin had parking meters was to keep the drivers off the sidewalks. Kiwis drivers are terrible!