Resigning 'the right thing to do' 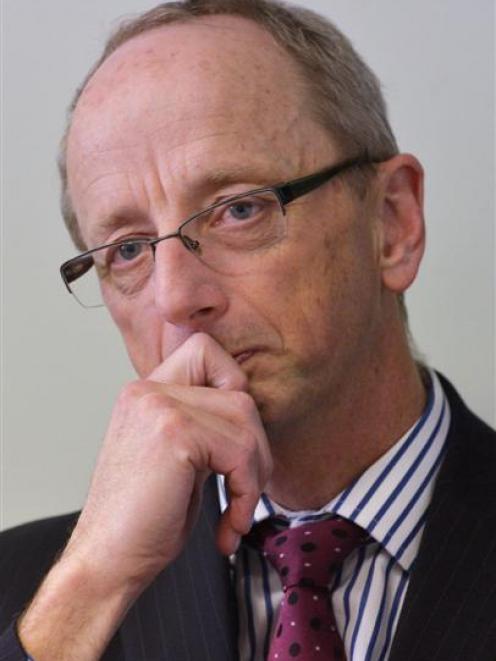 Instead, Mr Avery - one of the Dunedin City Council's top managers - yesterday announced his resignation in response to the developing scandal.

Mr Avery (51) told the Otago Daily Times he had done nothing wrong, but had been caught out by gaps in council processes and the actions of some of those around him.

She said Mr Avery's ''honourable'' decision, while difficult, showed he was ''an exemplary public servant''.

The investigation into the alleged fraud had found no evidence Mr Avery was aware of what was taking place, and he was not among council staff involved in ''employment processes'' as a result, she said.

''This is not a disciplinary process. Tony hasn't been pushed.''

Instead, Mr Avery - as the general manager responsible - had decided ''his integrity was everything'', Dr Bidrose said.

''I think this is the absolute highest standard of public service integrity that is expected of public servants, and is sometimes followed through on.

''It is the right thing to do, but it still doesn't make it any easier,'' she said.

The probe was launched days after Citifleet team leader Brent Bachop died suddenly on May 21, following an initial approach about discrepancies within the vehicle fleet.

The investigation had so far uncovered evidence 152 council cars had been sold, and more than $1.5 million in proceeds pocketed, over more than a decade.

Mr Avery, as the council's infrastructure and networks general manager, oversaw the activities of Mr Bachop and Citifleet, as well as about 350 other staff across a variety of council departments.

Mr Avery said he had regular contact with Mr Bachop, who reported to him through other managers, over the years.

He never suspected anything untoward was happening within Citifleet until details began to emerge this year.

Deloitte's findings, particularly the extent and duration of the alleged fraud, had come as a ''shock'', he said.

Mr Avery said the broad scope of his role meant he ''was often juggling multiple balls at once'', and he had relied on the information, and sometimes the honesty, of those around him.

You would ''always ask yourself whether you could've asked more questions'', Mr Avery said, but it was ''unfortunately the reality'' that any large organisation ''sometimes doesn't have people who are entirely honest''.

He was also sad the reputations of ''hard-working, passionate, honest'' council staff had been ''sullied'' by the alleged fraud.

''I'm not sure you could repeat what my views are about the person alleged to have conducted this activity, but I can't undo what's been done. I can't rewind the clock.''

Asked about Mr Bachop's behaviour, Mr Avery said he and other staff had difficulty ''reconciling'' the allegations with the colleague they knew.

''It's like there were two Brents. There was the person who was the cheerful, happy, friendly, helpful guy, and then there was the other Brent, who was allegedly ripping off the council and the ratepayers over a number of years.

''Reconciling those two is difficult for all of us, really.''

Dr Bidrose said Mr Avery had been ''caught out by systems and processes that should have been in place that weren't, or that were inadequate for the job we were trying to do''.

That had been demonstrated by the arrival of council group chief financial officer Grant McKenzie this year, who made changes and detected the alleged fraud ''almost immediately'', she said.

''That just says something about how out-of-date so many of our processes have been.''

Mr Avery said he had stepped back from any involvement in Deloitte's investigation, but had decided to resign after reading its findings and ''lots of reflection''.

He had agreed to remain in the role while his replacement was recruited, and a transition occurred, which Dr Bidrose said was unlikely to be completed before March next year.

The decision ended a 14-year city council career for Mr Avery, who was born in Dunedin and worked at the Otago Regional Council for a decade before jumping ship to join the DCC in 2000.

His time with the city council included stints as acting chief executive when required, as well as fronting contentious public issues including the loss-making sale of Carisbrook and the resignation of aquatic services manager Steve Prescott.

Mr Avery said he preferred to ''front-foot'' issues, and was proud of what he had achieved for the city, but family remained his ''most important focus''.

He, his wife and three daughters - aged 20, 16 and 9 - would take time to decide their next move, but he expected ''something will come along''.

''It's not a decision I've come to lightly.

''People will judge the actions for what they are.

''It's the right thing to do and I think people will see it that way.''