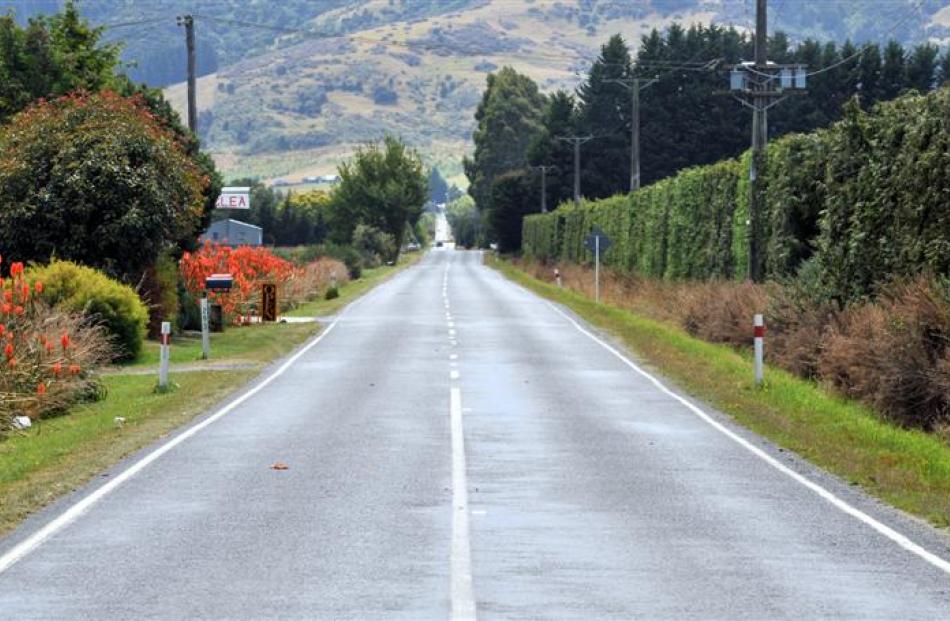 Dunedin City Council is committed to the $2.6 million upgrade of Riccarton Rd. Photo by Gregor Richardson.

Work on Riccarton Rd is slated to begin in the next financial year, more than a decade after the debate about the road's future began.

A stretch of road between half a kilometre and a kilometre long will be widened during the 2014-15 construction season, Dunedin City Council roading projects engineer Evan Matheson says.

''It's taken us a little longer than we thought it would to work through the property negotiations, but we would expect to do the first section ... next year,'' he said.

The $2.6 million upgrade was approved by council in 2011. The road is to be widened by up to 4m along a 4.2km stretch from Gladstone Rd to State Highway 87.

Despite some concerns expressed recently that the budget for the project had been reduced, the budget remained the same as allocated at the outset and had not diminished, Mr Matheson said.

The upgrade was ''primarily a safety project'' which would widen the road and add shoulders, he said.

The upgrade would benefit all road users, including cyclists and pedestrians.

Asked if the upgrade was designed to accommodate more heavy vehicle traffic, Mr Matheson played down those concerns.

''We don't think the number of heavy vehicles using Riccarton Rd will change,'' he said.

''The improvements we are doing is to make it more safe for everyone. At this stage we don't think it will attract any additional large vehicle traffic.''

The upgrade would take about 10 years to complete and would require property owners to work with the council.

''We are talking to all the property owners on the southern side of the road ... once we have got agreement with them to purchase their land we can formalise it and begin work.''

The $2.6 million budget took into account the cost of the land purchases, he said.

''We probably won't get the outcomes we want if we can't get all the properties we need,'' he said.