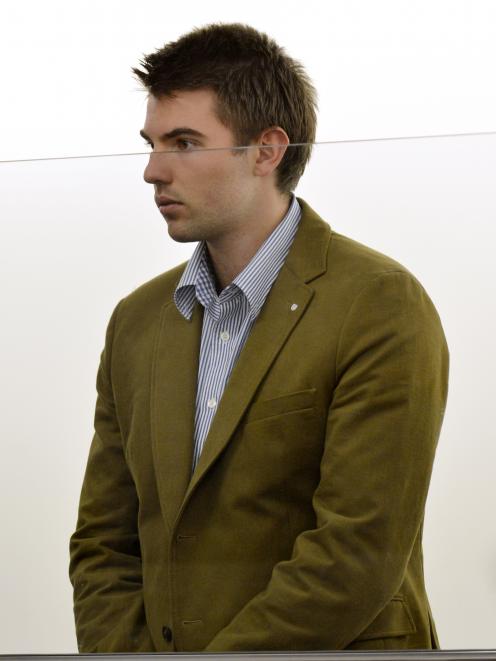 Nikolas James Posa Delegat. Photo: Staff photographer
Criticism of the sentence given to Nikolas Delegat in the Dunedin District Court is ill-informed and unfair to the judge, the New Zealand Law Society says.

Nikolas James Posa Delegat, 19, was a University of Otago student when he attacked a female police officer and a Campus Watch staff member during a drunken scuffle outside Starters Bar, in Dunedin, in March last year.

He was sentenced this week to 300 hours community work for the police assault, 100 hours for assaulting the campus watch officer, 60 hours for wilful damage and 60 hours for resisting arrest. All are to be served concurrently.

He has also been ordered to pay $5000 emotional harm reparation to the police officer he punched.

``There seems to be a perception that the sentence is unusual and out of kilter,'' says the convenor of the Law Society's Criminal Law Committee, Steve Bonnar QC.

``This is not correct and the focus on the case seems largely to be driven because Mr Delegat comes from a wealthy background.

``If any 19-year-old with no previous convictions had appeared on the same charges it is almost certain that under New Zealand's sentencing practices they would not have received a prison sentence.

``Criticism of Judge [Kevin] Phillips is not fair. His decision on whether to discharge Mr Delegat without conviction is freely available online and it shows all the factors which the Judge considered: the gravity of the charges, the viewpoints of the victims, the impact of a conviction, and the guidelines laid down by our appellate courts which must be followed. These were then reflected in the sentences.

``Continued debate and comment on all aspects of our justice system is important. However, it should be informed by knowledge of how our system is organised to ensure fairness for everyone.

``The Law Society believes we are fortunate to have a judiciary which applies the laws we have made in an impartial manner.''