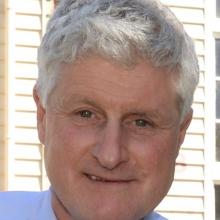 Peter Crampton
Universities will compete to to train an extra 60 doctors each year in a new School of Rural Medicine.

The contested process to set up the new school was announced yesterday by the Government in response to the University of Waikato’s push to establish  its own medical school.

The Government has been sitting on the bids for months, and a decision had been long awaited.

‘‘We look forward to working with our partners and the Government to develop a case for an integrated rural health workforce.’’

The Otago and Auckland bid is based on using their medical schools in tandem with new rural health hubs. Students would complete the first part of their degree in either Dunedin or Auckland.

‘‘We are confident of being able to show that a proposal which builds on the country’s two existing world-class medical schools will be the most efficient way to address this issue.’’

Prof McCutcheon said the challenge was to get more graduates who wanted to work in rural areas.

‘‘The University of Auckland has had trained doctors and nurses in regional and rurally-based programmes for decades.

‘‘We have established specialist hubs for rural training in Northland and the Bay of Plenty, and will open another one next year in Taranaki,’’ Prof McCutcheon said.

In his press release, Tertiary Education Minister Paul Goldsmith thanked the universities for their proposals.

Waikato asked for about $300million over 10 years for its proposal, Mr Goldsmith said.

‘‘The Government is committed to growing our medical workforce to meet the needs of a growing and ageing population.’’

The successful applicant would be chosen next year, and the school was likely to open in 2020.

University of Waikato vice-chancellor Prof Neil Quigley said he was pleased the debate Waikato started on rural GP training had had an effect.

‘‘Rural and high-needs communities have suffered decades of neglect from the two existing medical schools, so the solution needs to be a fundamental change in the way that we select and prepare medical students for community service.’’

Massey University College of Health pro-vice-chancellor Prof Jane Mills said Massey would consider entering the bidding. She was pleased the Government had opened the process to all universities.

‘‘It has become increasingly difficult for patients living outside urban areas to access a GP.

‘‘This is potentially putting people’s health at risk and putting an unsustainable level of stress and demand on the doctors working in rural areas.

‘‘To have a sustainable rural medical workforce we have to train more medical professionals and make living in rural areas more appealing,’’ Dr Malloy said.