Last month a picture was taken of a robin at the reserve and uploaded to a citizen science website. 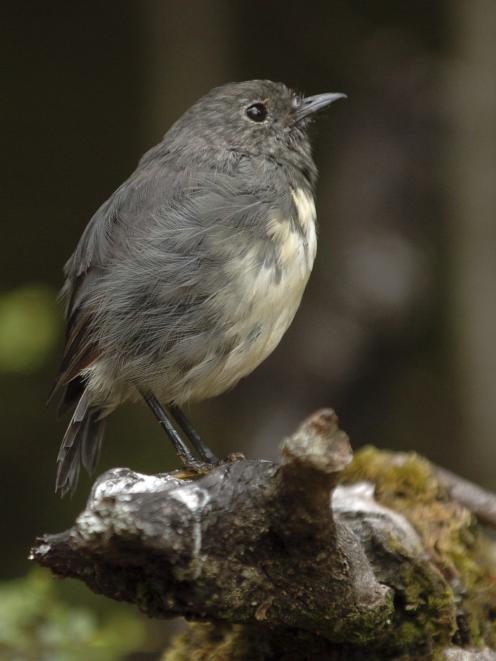 A South Island robin, one of which was recently spotted at Ross Creek. PHOTO: STEPHEN JAQUIERY
Department of Conservation senior ranger John Barkla said while the photo was distant, it was unmistakable.

"I went back a week later and could definitely hear it."

He had not seen a robin in the area in his 20 years of walking through Ross Creek.

The nearest habitat for the species he knew of was 8km-10km away, at Silverstream.

"That's quite a long away for a bird that doesn't fly long distances. It's always exciting to see in a place you go regularly.

"It also could be from Orokonui, but that's even further."

Such sightings could become more regular after increased trapping and other conservation work, he said.

"It's a bird that reacts well to increased predator control."

The photographed bird looked to be a male, which did occasionally seek new mates and habitats.

"But it would be lovely to think there are more than one there, of course."

The endemic bird's conservation status is at "risk: declining".

When asked how recently the birds were found in the reserve area you would be talking "ancient history", he said.

"I'm not aware of records within the last 50 years."

The Dunedin City Council had done trapping in the area as part of the predator-free goal.

"It's something they did observe in Wellington with Zealandia. People did predator control and started to have things like saddlebacks in their backyard.

"We hope that will happen here."