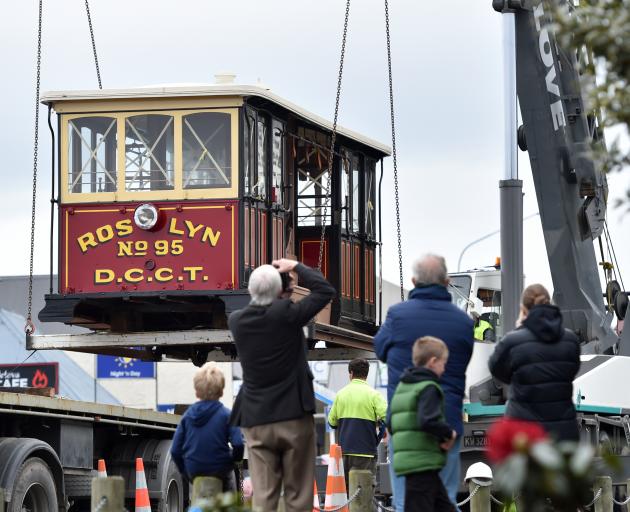 Onlookers take photographs as the Roslyn No95 cable car is lifted into the Dunedin Heritage Light Rail Trust's shed in Mornington Park. Photo: Peter McIntosh
One more piece of the jigsaw puzzle of Dunedin's cable car history is in place as work continues to reinstate the Mornington line.

The Dunedin Heritage Light Rail Trust yesterday returned the No 95 grip car from the Roslyn route to the city, where it will be housed in the trust's Mornington shed.

Trust spokesman Neville Jemmett said the car had been at the Tramway Historical Society at Ferrymead for the past 27 years.

The trust had leased it from the society.

The cable car used to be part of a holiday home in Cromwell before it was restored at Ferrymead.

''Just recently, over the last month, they've actually rubbed it all down, recoated it all in lacquer.''

It joins another ex-Roslyn cable car, No 97, already at the shed in Mornington. 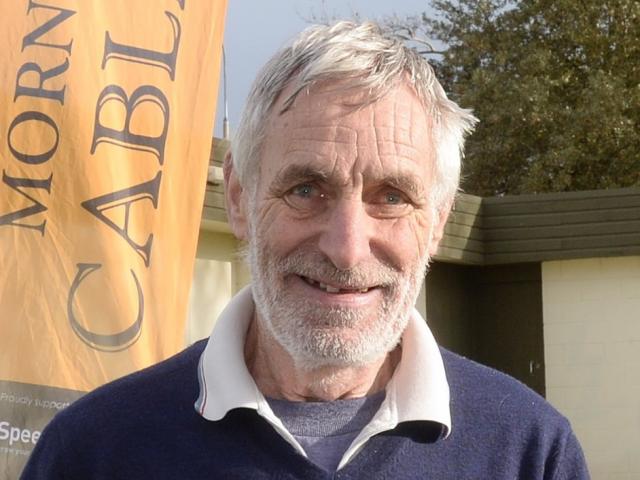 The last cable car to Mornington made its way up High St on March 4, 1957, decorated with flags and bunting, and for the final part of its journey was preceded by four pipers of the Dunedin Ladies' Pipe Band playing a lament.

Mr Jemmett said as the cable car was piped in to its building after its last run, ''we're going to do the opposite. We're going to pipe them back out again.''

The trust hoped Prime Minister Jacinda Ardern, who holds the arts, culture and heritage portfolio, and Dunedin Mayor Dave Cull, would be able to attend the opening.

Mr Jemmett said the trust was still trying to raise funds through the Government's provincial growth fund and private sources.

The next stage of the work was to raise the $23 million needed for a bigger building, rails and other infrastructure to get the cars running.

The trust also planned to develop a tourism offering at the shed.

I loved the cable cars, and thought Dunedin was crazy to get rid of them, so not difficult to see where my sympathies lie; however, how practical is it to rip up roads and inconvenience people to re-install them in this day and age?

Peter35 Why would it be inconvenient? In this day and age we have equipment that was not around in the day. My husband was born in 33 and rode on it too. He can't wait to see them return so he can tell off the grip man like he was told off for misbehaving when he was 3yrs old :)