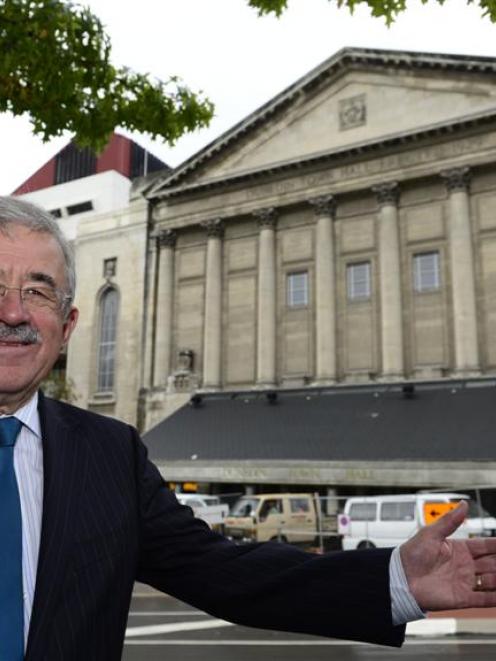 And on April 25, a group with long links to the venue, the Dunedin RSA Choir, will be the first to perform there. Choir member David More said they were looking forward to returning to the town hall with their Anzac Day Revue.

The choir will debut a new uniform for the occasion.

''Norma'', the town hall organ, was protected and had fans removed and replaced, but was not otherwise touched during the project, which included work on the town hall, Glenroy auditorium and municipal chambers.

Redevelopment project manager David Booth, from Octa Associates, said fire sprinklers had been installed throughout the complex, as had an air-conditioning system.

Other work included new conference, break-out and hospitality spaces, and the installation of lifts and walkways to link the buildings with the municipal chambers.

The town hall ceiling was being painted and restored, LED lighting was being added, its trusses strengthened, and extra service fixtures and a walkway inside the ceiling cavity would be added to enable more equipment to be suspended for shows.

Every wall and floor was removed, with new services installed behind, then either replaced and gib-stopped, painted, carpeted or polished.

Contractors would be busy getting the centre ready for handing over to council-owned venue management company Dunedin Venues Ltd by April 5, he said.

The centre will be officially reopened at a civic reception on April 24.