Runway run novelty for some 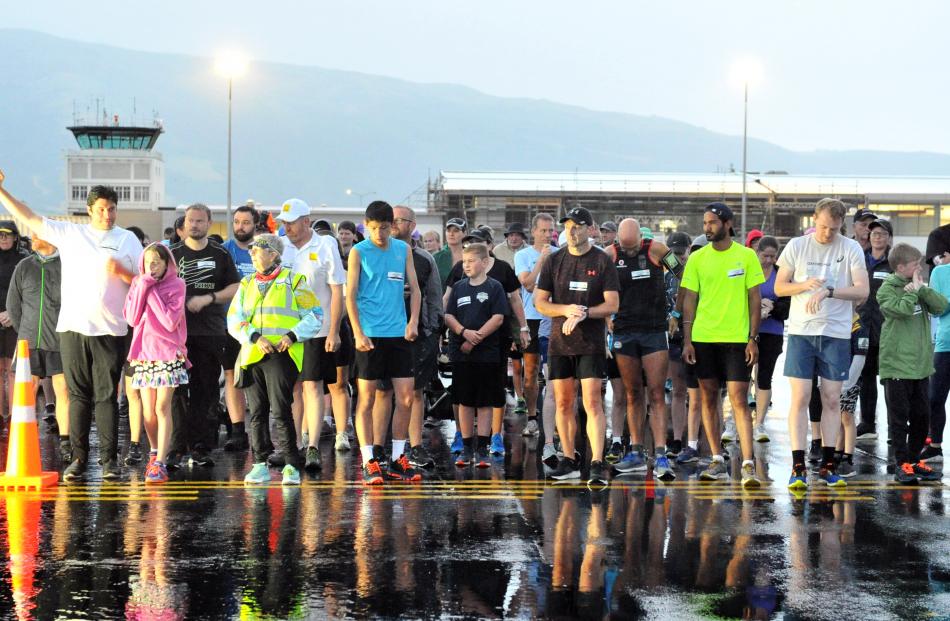 About 150 people prepare to take off down the runway. 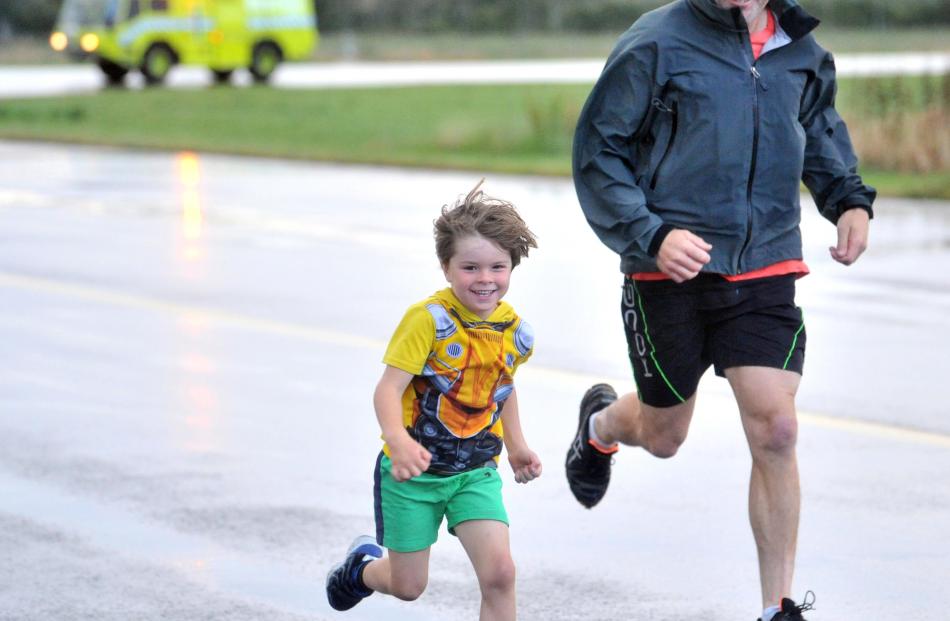 Oliver (5) and Tim Marshall, of Alexandra, are stride for stride down the runway.

The eventual winner of the Run the Runway event at Dunedin Airport Leon Miyahara makes a good start in the race. 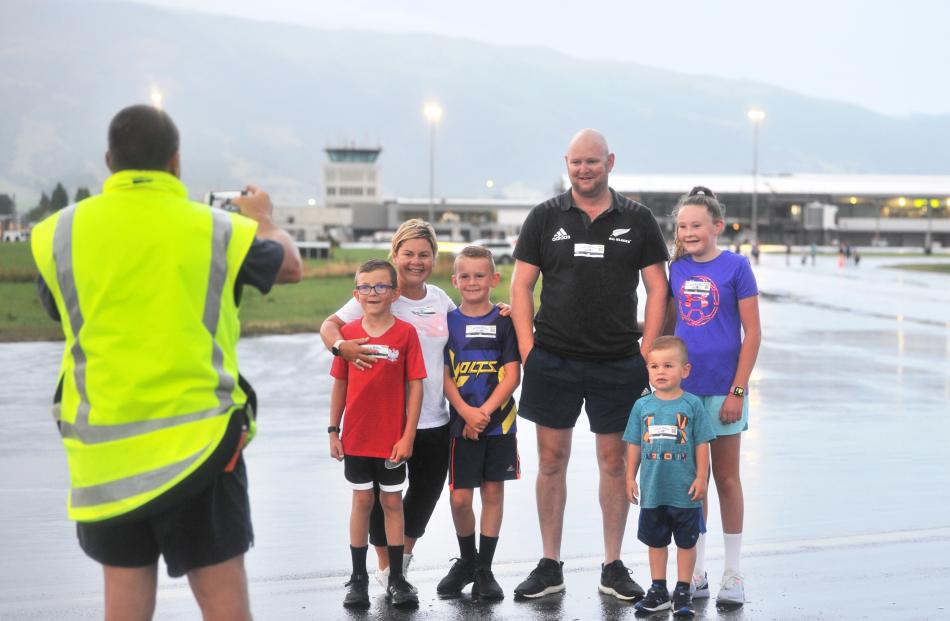 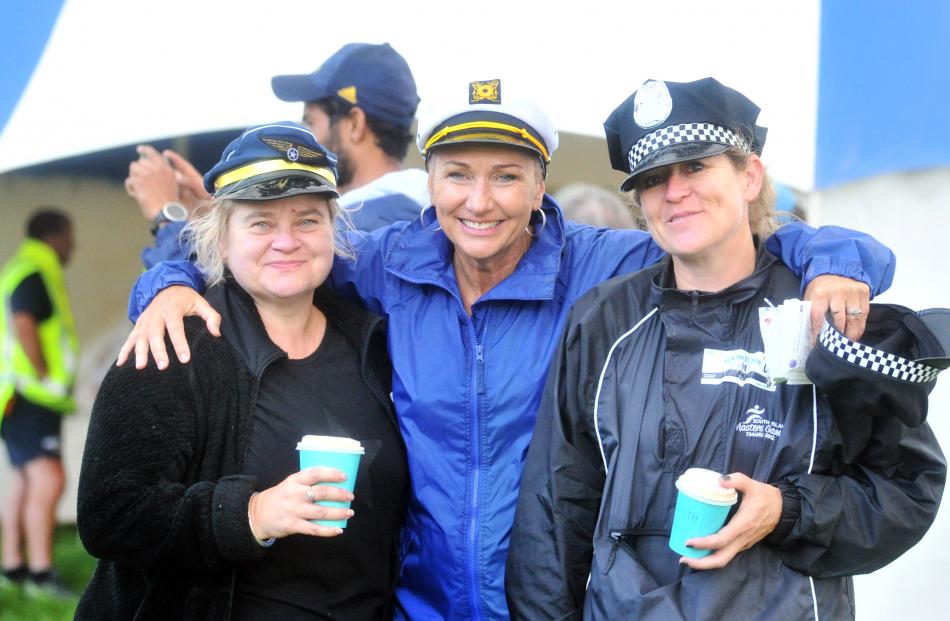 Dressed in uniforms are (from left) Bex Hurley, Jaqueline Tangney and Nicola Jukes of Dunedin. 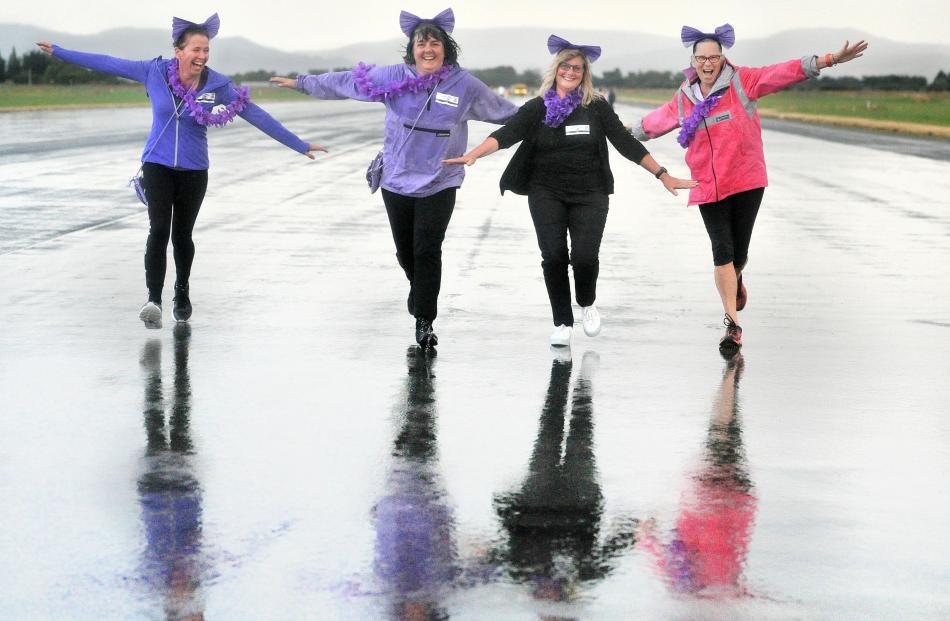 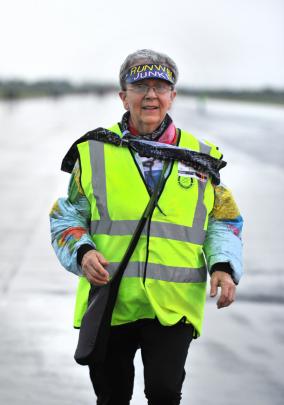 Carol Thomas, of Chicago, ticks another runway off her list. 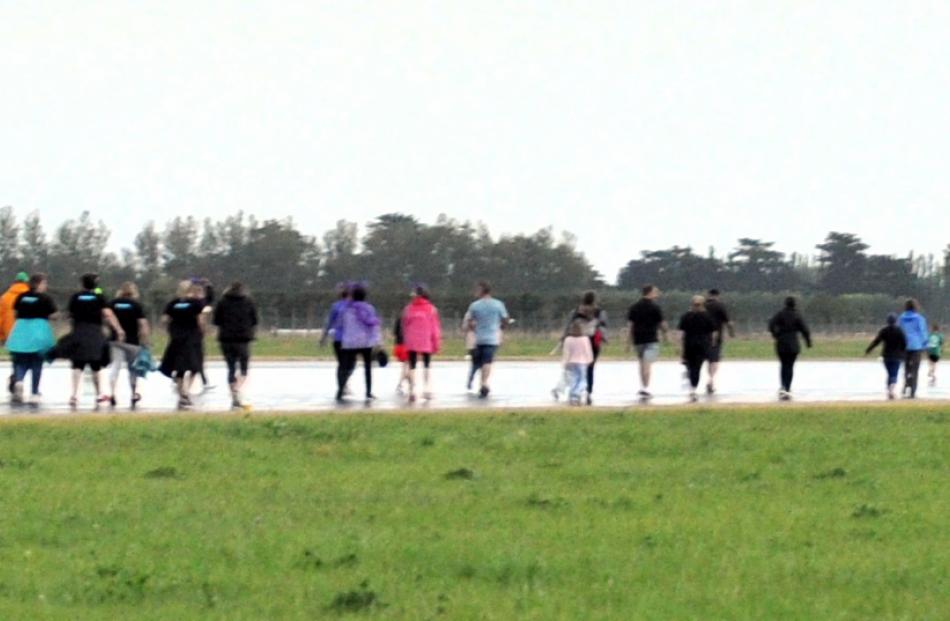 The runway at Dunedin Airport was uncharacteristically filled with people during yesterday's Run the Runway event. Photos: Christine O'Connor

However, the 18-year-old said yesterday’s 4km Run the Runway event at Dunedin Airport was not as easy as he thought it would be.

"It was quite hard."

The first-time competitor in the event has a lot of long-distance racing under his belt.

He runs for the Caversham Harriers and covers up to 5km every day in training.

So you would expect Run the Runway to be just another day at the office.

Leon said although it was a novelty to be able to run "where planes run", it was nothing like running on a track.

It took him a while to find his pace in the wide-open spaces of the airfield, but once he did so, he was able to take the lead and increase it over the course of the race.

He believed the secret to his success was taking a day off from his regular 5km training run on Saturday morning.

"I made sure to rest yesterday, so I could do good today."

He completed the course in 13min 49sec.

It was the fastest time recorded in the event’s three-year history.

Leon was one of about 150 participants, including Chicago-based runner Carol Thomas, who completed the return journey in 36 minutes.

The event was increasing in popularity each year, and because Dunedin Airport was so supportive of it, organisers said it had now become an annual event.