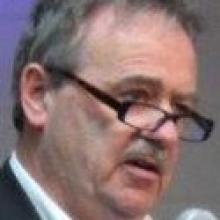 Ray Macleod
South Dunedin residents are still searching for answers to questions about the area’s long-term future two years after it was devastated by flooding.

Fears about insurance cover, a council proposal for new homes to be relocatable and plans to protect people, homes and businesses would be on the agenda  at the  meeting, Mr Macleod said.

The two-year anniversary of 2015’s  flood was a good time to hold another public meeting.

"We will hear from representatives from the city and regional councils, a scientist and the Property Council. We are most interested to learn about the work being done on a plan to protect all of the communities of greater South Dunedin."

Speakers would include representatives from the Dunedin City Council and Otago Regional Council, GNS Science and the Property Council.

Mr Macleod said discussions about South Dunedin’s future had been  dominated by scaremongering, including questions about whether homes and businesses in the area would continue to be insurable and talk of massive sea-level rises.

There was no evidence to suggest sea-level rise in the area was accelerating, he said.

He accepted the world’s climate was changing and human behaviour "may influence that".

"We want some rational debate around what actually is happening and how we deal with [that]."