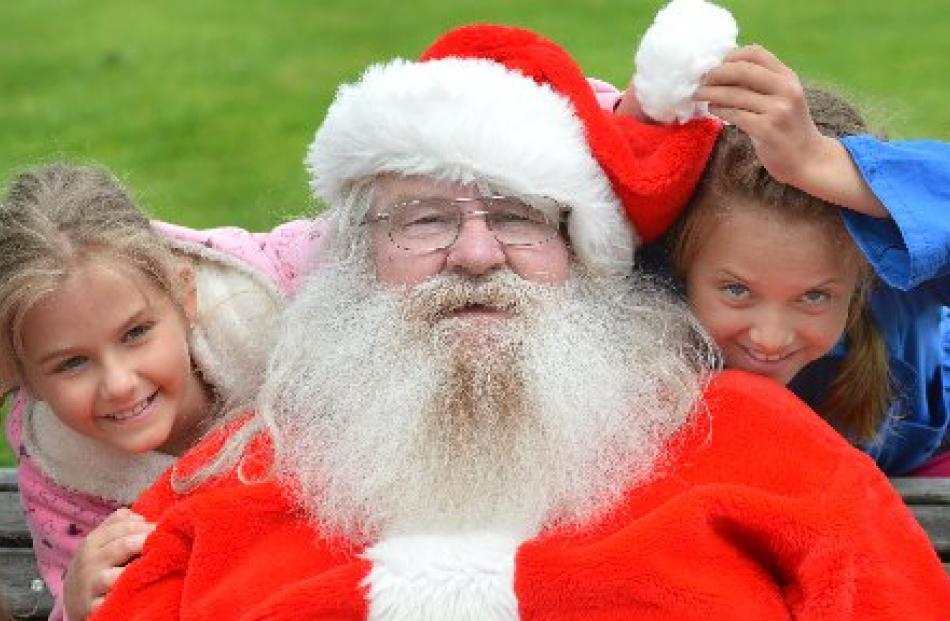 Santa was a little bit grumpy in Dunedin yesterday. For the past three years, Dunedin retiree Graeme McDougall has been Santa at the Golden Centre mall.

But, this year, he says he's been given the sack.

''When I went down to start this year, I was told I wasn't wanted and that they're not having a Santa this year,'' the 68-year-old said yesterday.

''It blew me away. There was no explanation at all, but I think it's just the bean counters.''

Undeterred, he is instead offering a Christmas presence in the Octagon this year.

''I just come down on the cruise ship days. You meet so many people from different countries.

"I love seeing the joy on the kids' faces.

''It's the magic of Christmas. The children just love it. Santa hasn't lost any popularity, that's for real,'' Mr McDougall said.

''People have been stopping and asking why I'm not in the Golden Centre. The only Santa this year is in the Meridian Mall. But they're just skinny kids with cottonwool stuck on their faces,'' he said, chuckling.

"It's not a very natural laugh. I just tell them stories and smile and laugh with them.''

Golden Centre general manager Simon Eddy said the mall was not being a Christmas Grinch.

''We haven't had a Santa Grotto since about 2009. There just isn't the space for it anymore.

"We'll have elves going around the mall giving out gifts instead.''