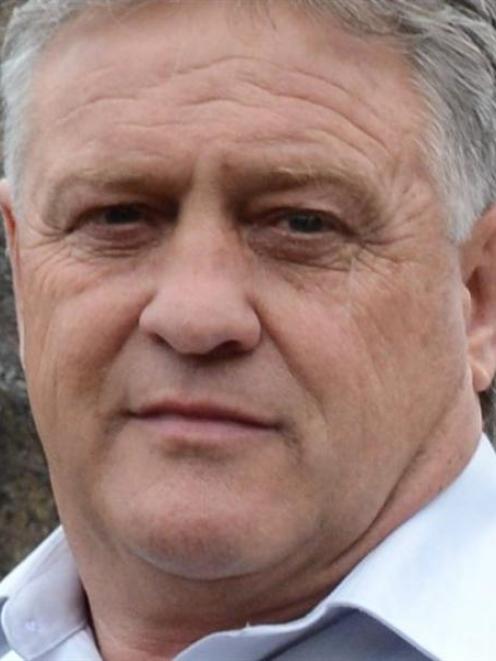 Calvin Fisher.
The owners of the Saddle Hill quarry and the Dunedin City Council were back in court yesterday, combing over minutes from council meetings from half a century ago to work out just who has permission to do what on the controversial site.

The council went to the Environment Court in Dunedin to confirm the extent of the quarry's resource consent, and its conditions, and for an enforcement order to prohibit operations beyond the scope of that consent.

The acrimonious dispute has run through various courts, with the High Court's most recent decision, late last year, that the quarry had resource consent from 1960 to quarry Jaffray Hill, when Downer began using an existing quarry for construction of Dunedin Airport at Momona.

The court asked both parties to reach a consensus on the decisions, but they were unable to do so and the matter went back before Judge Jon Jackson and commissioners Owen Borlase and John Mills.

That meant a return to issues that have been pored over for the past year.

They included a return to documents from the 1960s and 1970s, when opposition to quarrying by former owners and operators surfaced.

One was a 1973 letter from the Taieri County Council county clerk to the Minister for the Environment saying consent for quarrying was given by the council in 1960, ''primarily for the production of metal for the construction of the Dunedin Airport at Momona''.

Another was a press release from the ministry in 1974 saying there was ''no practicable way'' quarrying could be stopped.

A third was from Taieri County Council planning officer C. R. Edwards, after the council said it was ''anxious to know if any restriction can be placed upon the excavation''.

For the Dunedin City Council, counsel Michael Garbett said its position was any consent was limited in scope.

Saddle Views Estate, on the other hand, wanted to quarry ''the whole hill''.

The issue for the court was the extent and conditions of any right to quarry.

He argued consent would have been under the Town and Country Planning Act 1957, which would have included conditions.

The situation was ''murky'' though, as the right to include conditions was not specifically made law until 1966.

Mr Garbett said when the quarry got consent for the construction of Momona, landscaping conditions meant the hill should remain intact.

Saddle Views Estate Ltd director Calvin Fisher told the court his company planned to quarry the hill, then replace it with backfill.

The hill would be returned to its former height.

Asked about complying with the landscaping conditions more recently uncovered, he said his company ''certainly would not be shirking our responsibilities in that regard''.

Saddle Views Estate counsel Trevor Shiels QC told the court it was ''very clear there was no limit on quarrying'', referencing council minutes from the past to back up his argument.

He spent some time discussing the meaning of Mr Edward's 1966 letter, arguing by that time the council was concerned about the issue, and if there were conditions they would have been uncovered.

Judge Jackson suggested to Mr Shiels the council in 1960 did not need to consider the possibility of ''razing the hill'' as Downer only wanted to quarry enough for Momona.